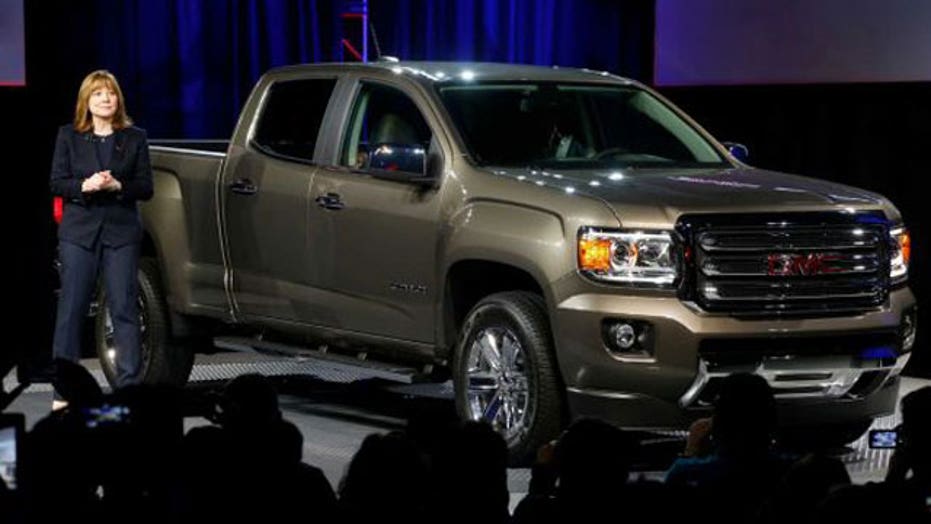 GM Doubles Down on Small Trucks

Detroit – General Motors is doubling down its bet on small trucks.

The 2015 GMC Canyon unveiled today will join the 2015 Chevrolet Colorado in showrooms this fall as the automaker looks to strike it rich in a segment abandoned by its domestic competitors in recent years.

Mechanically identical to its Chevy cousin, the Canyon will be available in extended cab and crew cab models, the latter with five and six-foot bed options. Unlike the softer, sportier face of the Colorado, the Canyon’s bold three bar grille, power-dome hood and square wheel arches give it the look of a mini-Sierra.

Three trim levels will be offered at launch – base, SLE and SLT – each available in either 2WD or 4WD. There’s no word yet of a top-level Denali edition, but the SLE can be ordered with an All Terrain package with updated wheels and suspension.

A diesel-powered Canyon is on the way for 2016, but for 2015 the powertrain options are a 193 hp 2.5-liter four-cylinder and 302 hp 3.6-liter V6, both with six-speed automatic transmissions. Two-wheel-drive base four-cylinder trucks can also be had with a six-speed stick.

Final specifications have not yet been determined, but GMC is promising best in class payload and tow ratings of at least 1,450 pounds and 6,700 pounds, respectively.

Collision alert, lane departure warning, iPhone Siri integration and 4G-equipped OnStar with a WiFi hotspot are among the electronic features available, along with a Teen Driver mode that lets owners to limit the maximum speed and radio volume of the vehicle, and provides a trip “report card” that tells you how many times the driver floored the throttle or slammed on the brakes.

Small pickups accounted for about a quarter of a million sales in 2013, down from over one million annually two decades ago. The class is currently comprised of just he Toyota Tacoma, Nissan Frontier and Honda Ridgeline crossover.

Pricing and fuel economy for the Canyon have not yet been released.