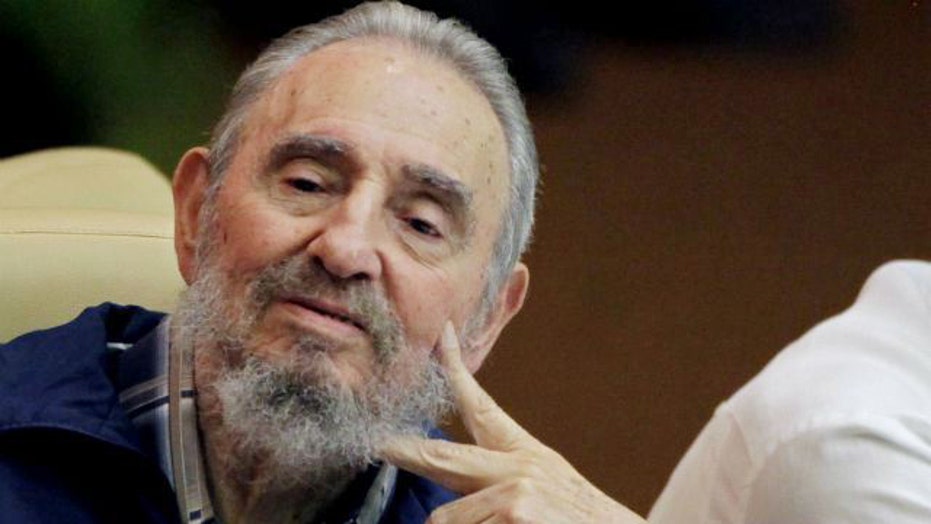 Sebastian Arcos and Mike Gonzalez on Havana's next steps

Sebastian Arcos and Mike Gonzalez explained to Fox News’ Jonathan Hunt that the regime will look for any breakthrough to justify their continued one-party communist rule over the island.

Both believe this has lead to Castro putting the framework in place for a possible successor in the hopes of avoiding any political chaos.

“That is what Raul has been working toward for the last five years since he officially became president … he has been working very carefully, very diligently on setting the stage for the next generation of Castro followers … to take power,” said Arcos, associate director of the Cuban Research Institute.

“Raul Castro is a family man, like ‘Don Corleone’ – he is now setting up his pieces and Obama has given him an assist in how to perpetrate that,” said Gonzalez, senior fellow at the Heritage Foundation.

Critics say the communist regime is growing politically confident in its ability to hold power after opening talks with their U.S. counterparts.

“It ensures that he and his regime will continue to rule Cuba. It makes it a lot easier for them to remain in place and have a Russian or Chinese [type] transition,” said Gonzalez.

“Right now, the regime in Cuba is benefiting, not the people in Cuba. It looks like it will continue to be like that for the simple reason, no demands have been presented by the U.S. government to the Cuban regime … that is a serious concern,” said Arcos.

Cuba was designated as a State Sponsor of Terrorism in 1982. They have long being accused of providing safe haven to extremist groups like the Basque Fatherland and Liberty (ETA) and the Revolutionary Armed Forces of Colombia (FARC).

“Only less than two years ago, Cuba was caught violating U.N. Security Council resolutions by sending weapons to North Korea,” said Gonzalez. “Less than two months ago, it was caught importing weaponry from China that it labeled as ‘grain shipments’ … there is speculation this would be supplied to the FARC terrorist group.”