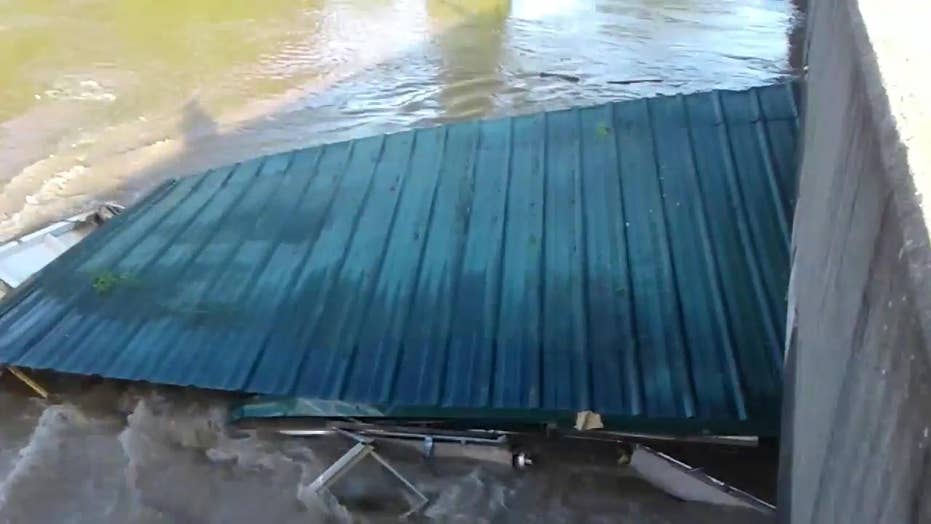 House swept up by powerful flood water, crashes into bridge

Swollen rivers in the Midwest are starting to recede following days of heavy rain this week, but the Mississippi River in St. Louis and north of the city is expected to crest within the next few days.

The Black River in Missouri and Arkansas and the Meramec River in St. Louis are all receding after heavy rains made the rivers swell.

A 14.5-mile stretch of the Mississippi River in St. Louis is still closed after the U.S. Coast Guard shut it on Tuesday due to high water levels and a fast current, according to Fox2now.

Volunteers are creating sandbags in Cape Girardeau, Missouri, to prevent floodwaters from damaging homes in the area.

A bridge in Chester, Illinois, was closed Thursday due to the rising water and will reopen when the water diminishes, according to WSIL 3.

At least nine deaths have been blamed on the flooding in the Midwest and an 18-month old is presumed dead after being swept away by floodwater.