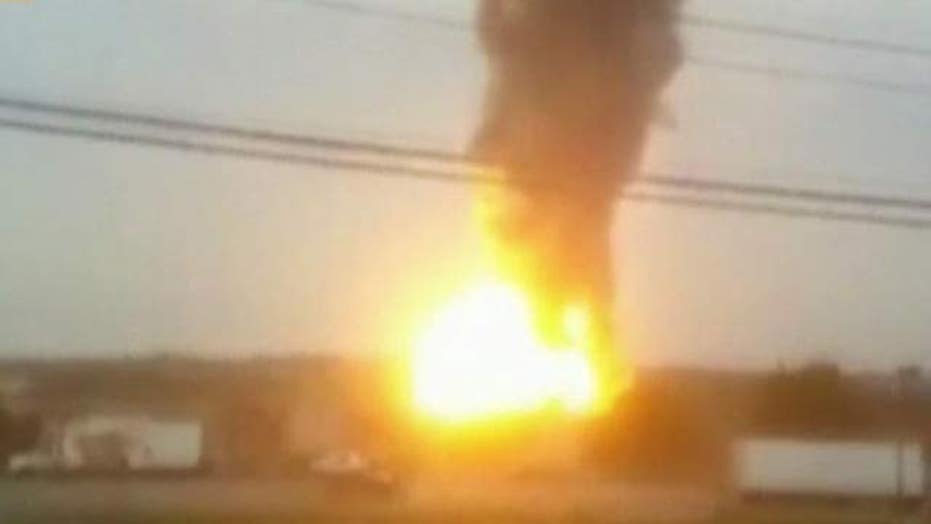 ROSEDALE, Md. – Authorities are attributing the explosion on a derailed freight train near Baltimore to the chemical cargo in one of the cars.

He says the explosion ignited another chemical, terephthlaic (tare-ef-THAL'-ik) acid, from a second derailed car.

Sodium chlorate is used mainly as a bleaching agent in paper production. Oklahoma State University chemist Nick Materer (MAY'-ter) says it could make for potentially explosive mixture when combined with an incompatible material such as spilled fuel.

National Transportation Safety Board Member Robert Sumwalt says investigators are reviewing video from the lead locomotive that may show the collision and evidence on the scene, but they haven't yet drawn any conclusions.