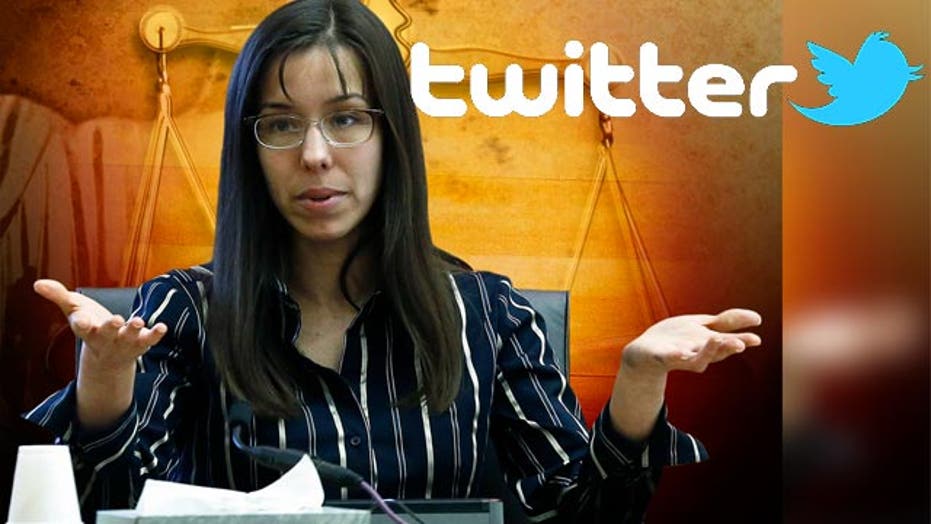 Jodi Arias being heard from behind bars

The Arizona woman at the center of one of the nation's most high-profile murder trials is reportedly tweeting from behind bars.

MyFoxPhoenix.com reports that Jodi Arias, who has admitted to killing her boyfriend in 2008, has been communicating with hundreds of followers via her Twitter account since February.

The account is managed by Arias' friend, Donavan Bering, who updates the account with messages from Arias after speaking to the accused killer on the phone, the station reported.

Some of the tweets are believed to be directed at Juan Martinez, the prosecutor in Arias' murder trial. Martinez has attempted to portray Arias as a manipulative liar.

"Hmm... Anger Management problems anyone?," reads one of the tweets on the account. Another tweet reads, "Those afflicted with Little Man's Syndrome taint society's perception of genuinely good men who happen to be vertically challenged."

On Wednesday night, Bering reportedly posted a link to Arias' personal website, where she is selling and holding auctions for artwork.

Arias says the killing was self-defense, and that on the day of Travis Alexander's death in June 2008 at his suburban Phoenix home, he attacked her and she was forced to fight for her life.

However, no other evidence — other than Arias' accounts — have been presented at trial showing Alexander had ever been physically violent.

Authorities say Arias planned the attack. She initially denied involvement then blamed it on masked intruders. Two years after her arrest, she said it was self-defense.

She faces a possible death sentence if convicted of first-degree murder.

A Maricopa County Sheriff's Office spokesman told MyFoxPhoenix.com they are aware of the activity on the Twitter account but are unable to do anything about it.