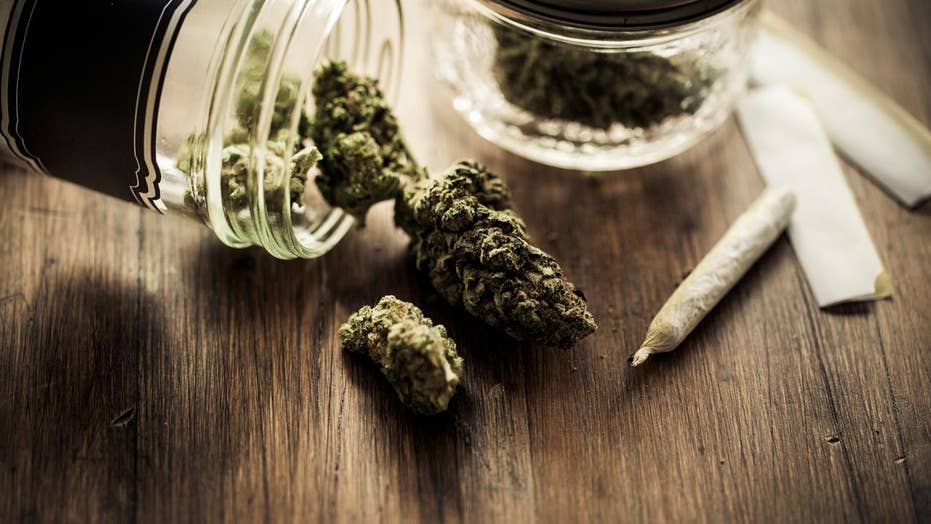 Experts say marijuana will be legalized, despite Sessions

Fox News sits down with two cannabis experts to look ahead at the future of legalization, what it means for the marijuana industry, and a surprising reason it could be legalized sooner than expected

The same month the Trump administration vowed to crack down on recreational marijuana use, sales of the drug in Colorado continued to surge.

In February, licensed shops in the Centennial State brought in $126.1 million in sales, with more than $86.4 million in recreational revenue and $39.6 million in medical marijuana revenue. Those numbers make February the third-highest monthly sales total since Colorado legalized recreational marijuana in 2012 and the ninth consecutive month in which sales have topped $100 million.

The multi-million dollar sales came as White House Press Secretary Sean Spicer announced that the administration could ramp up enforcement of federal laws against recreational marijuana use.

"I do believe you'll see greater enforcement of it," Spicer said at a news conference. "Because again there's a big difference between the medical use ... that's very different than the recreational use, which is something the Department of Justice will be further looking into."

More than two dozen U.S. states have legalized marijuana for either medical or recreational purposes. Although federal law takes precedence over state laws, the administration of former President Barack Obama mostly looked the other way. A recent nationwide poll from Quinnipiac University in Hamden, Connecticut, also showed 71 percent of registered voters favored allowing states to decide whether marijuana should be legal.

The Trump administration – and particularly Attorney General Jeff Sessions – has worried many in the country’s nascent legal marijuana industry and created speculation over the future of the drug in the U.S.

The Trump administration as a whole has fostered a tough-on-crime image, with much of that energy focused on curbing violent crime in America’s cities and cracking down on immigration. But legal pot advocates are concerned about how the federal government will approach the enforcement of federal marijuana laws in states that have legalized medical and/or recreational use.

A memo distributed throughout the department last week announced the creation of task force subcommittees to focus on various crime-fighting areas. This is to include “a review of existing policies in the areas of charging, sentencing, and marijuana to ensure consistency with the Department's overall strategy on reducing violent crime and with Administration goals and priorities," according to the memo.

In just one sign of tensions ahead, Colorado’s Senate just passed a bill allowing marijuana growers and sellers to classify their product as medical if there’s a federal crackdown, the Associated Press reported.

“The states that have passed laws reflect millions of hours of sick people working to get those laws passed,” Beth Collins, senior director of government relations with Americans for Safe Access (ASA) told Fox News. “And so we want to make sure that we have those laws protected and future laws protected, so that’s our number one concern.”

Collins added that an amendment that currently prohibits the Department of Justice from using funds to interfere with state medical marijuana programs is set to expire on April 28, and uncertainty about its renewal has the cannabis industry scrambling to find a way to preserve access to medical marijuana.

Steph Sherer, founder and director of ASA, said while marijuana advocates hope the Trump administration will show flexibility, they are preparing for stricter conditions. Sherer said the ASA, which focuses only on medical marijuana, is taking several steps.

“One is we’re trying to pass legislation to change federal laws so that we don’t have to have that conversation when it comes to patients and their medicine,” she said. Sherer said they’re also preparing for the “worst-case scenario” – federal raids.

“We do have raid trainings, we do have tools that they can use to be safe if there is a federal raid and make sure that they get through that experience safely,” she said.

Marijuana remains illegal under federal law, but it has been legalized for recreational use in eight states, including Washington, Colorado and California, as well as the District of Columbia. Last year, legal sales reached $7 billion and generated half a billion dollars in sales taxes.

Among registered voters in the Quinnipiac University survey, just 23 percent said the U.S. government should enforce federal laws against marijuana in states that have legalized it for recreational or medical use, and 71 percent said it should not.