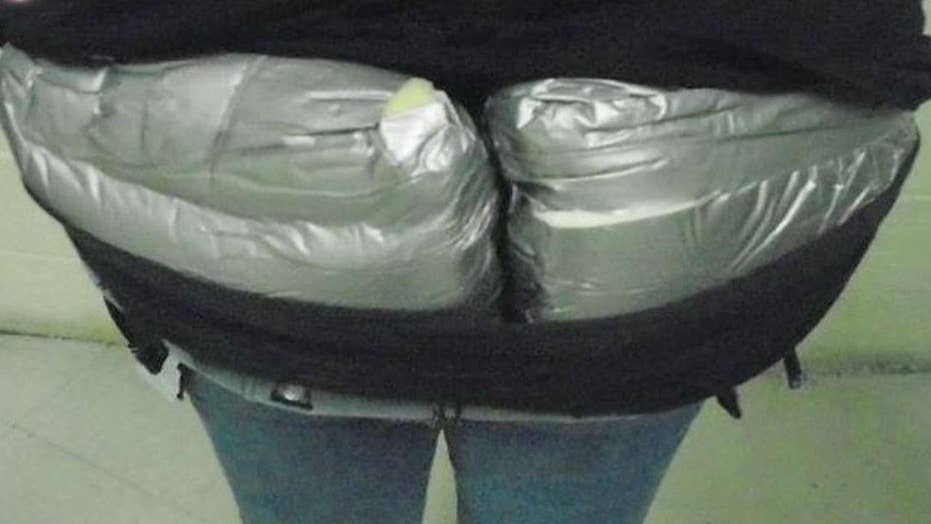 Packages of heroin found inside her pants

U.S. border patrol agents in Arizona nabbed a woman they said was trying to smuggle 3 pounds of heroin strapped to her backside.

The 47-year-old Arizona resident, an illegal immigrant, was hoping no one would notice what was down her pants as she walked across the border in Nogales Tuesday, Fox 2 Detroit reports.

The 3 pounds of heroin were taped to her backside under her jeans, the station reported. U.S. Customs and Border Protection said the heroin had a street value of $45,000.

The woman was one of several arrests at the Nogales border crossing Tuesday, the station reported.

She and the others who were arrested were turned over to Immigration and Customs Enforcement, according to the station.