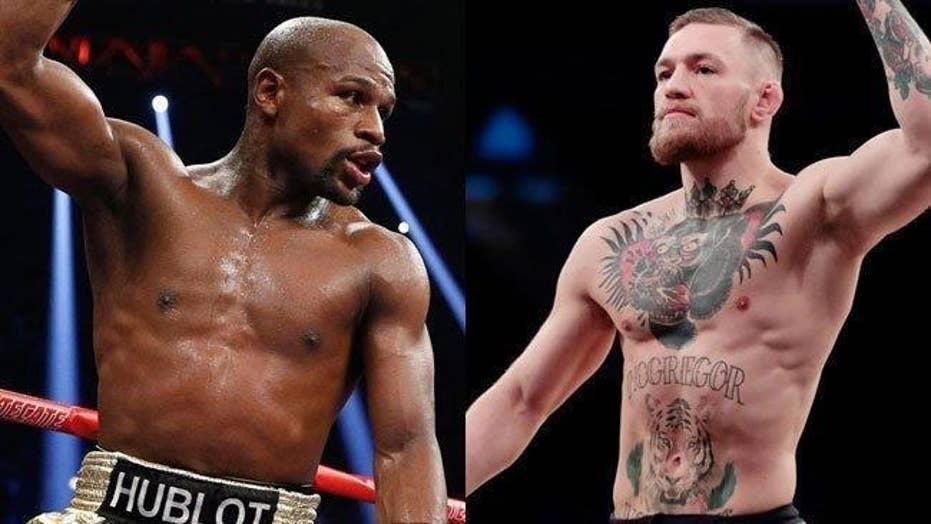 Reaction from the 'Your World' Generation Hexed panel

Boxer Floyd Mayweather has asked for a delay to pay a 2015 tax liability until he receives his money from an Aug. 26 fight against mixed martial artist Conor McGregor.

Mayweather reportedly filed a Tax Court petition in July that asked the IRS to grant him a reprieve until the August match, according to ESPN.

“Although the taxpayer has substantial assets, those assets are restricted and primarily illiquid,” the Tax Court petition stated. “The taxpayer has a significant liquidity event scheduled in about 60 days from which he intends to pay the balance of the 2015 tax liability due and outstanding.”

Mayweather, 40, cashed in about $220 million from his widely publicized fight with Manny Pacquiao in May 2015.

He is expected to make another nine figure payday against McGregor.

Mayweather posted a picture on his Instagram Monday with a picture of a checkbook and a caption saying: “Believe half of what you see and none of what you hear, especially when it comes to media in this country. While everyone is counting my money and assuming the worst, these are the facts. Uncle Sam, Received $26,000,000.00 from me in 2015! What else could they possibly want?”

The Tax Court Petition also asked if the boxer could receive a decreased penalty from the IRS after Mayweather did not “pay all of his taxes for the year,” according to the form. Mayweather is 15 months late to pay his 2015 taxes.

Mayweather has received about $700 million for the 49 fights he has been involved in his career, according to Forbes.