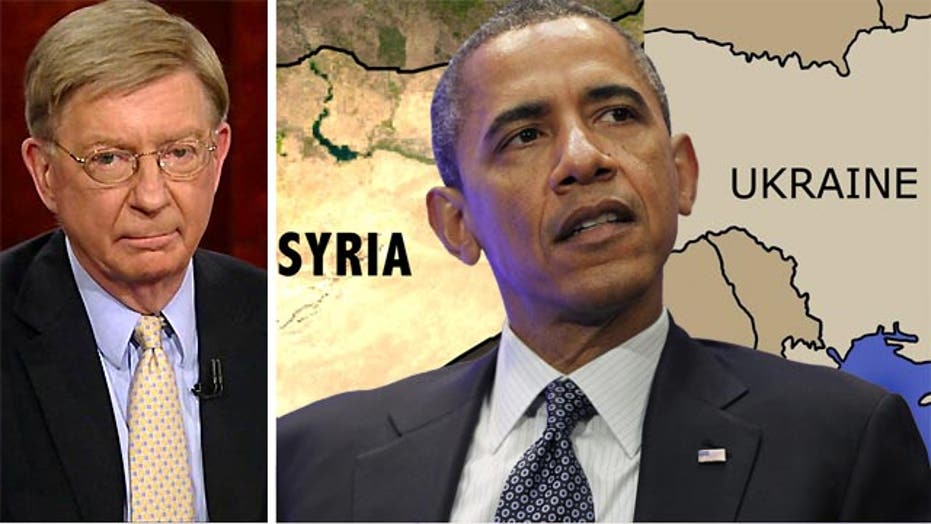 GEORGE WILL ON ‘SPECIAL REPORT’

Syndicated columnist George Will said Wednesday that the Obama Administration foreign policy in general, and the US policy toward Syria specifically, is lacking resolve and leadership.

Syndicated columnist and Fox News contributor George Will said Wednesday that the Obama administration foreign policy, and the U.S. policy toward Syria in particular, is lacking resolve and leadership.

And on the day when more than two dozen people died in anti-government clashes in Kiev, Ukraine, President Obama addressed the violence in that country saying “we expect the Ukrainian government to show restraint.”

The president added that “we expect peaceful protestors to remain peaceful and we'll be monitoring very closely the situation, recognizing that with our European partners and the international community there will be consequences if people step over the line."

But Will remains skeptical.

"Well, announcing expectations is all very well," he said. "But I’m not sure who is impressed by it."