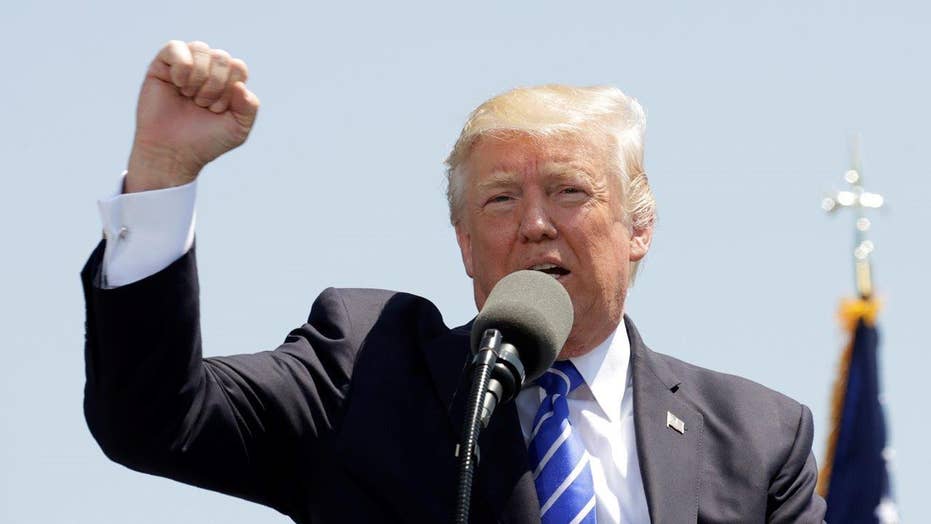 Trump to reaffirm relationships on his first foreign trip

WASHINGTON – With persistent domestic controversies shadowing his presidency, President Trump left the United States on Friday for the first time in office.

The president’s eight-day trip takes him through the Middle East and Europe where he’ll deliver his administration’s message to Muslims, Israelis, Palestinians, NATO and the Pope. In the U.S., meanwhile, congressional committees and a special prosecutor will continue their investigations into Russian interference in the presidential election.

“People in the rest of the world … do not have the time to pay attention to what’s happening domestically here,” said Secretary of State Rex Tillerson in response to a question from Fox News. “They are more concerned about what they see happening in the relationship with their country and what we are bringing to address these very serious challenges that are affecting all of us.”

The president began developing this trip during the transition and wants to reaffirm and build relationships and offer a message of unity to three of the world’s great religions – Christianity, Islam and Judaism, according to administration officials.

“Many of the leaders, particularly in the part of the world we’ll be traveling – the Middle East, Central Asia, and even parts of Africa – are ready for a period of what they view to have been neglect to outright dismissal of their concerns,” said Tillerson, criticizing the Obama administration.  “They’re ready for re-engagement with America.”

But others said all the controversies could be taking a toll.

“I'm worried that all this confusion and the contradictory statements coming out of the White House contributes to serious damage to U.S. credibility, and risks undermining the confidence of a lot of our allies,” said Alexander Vershbow, the former U.S. ambassador to the Republic of Korea, Russia and NATO.  “America is expected to be leading, but these internal distractions are getting in way of leadership.”

National security adviser H.R. McMaster called the sharing “wholly appropriate,” though some questioned whether the president endangered international intelligence relationships by revealing too much information to an adversary.

“I think we have some reassuring to do but I think the administration can be effective in convincing people that they can continue to share with us and we can share with them,” said Vershbow.  “It's critical if we are going to deal with threats like ISIS, or deal with the threatening behavior of Russia that we are able to have full confidence in our key partners to both share intelligence with us and receive intelligence from us in the common fights that we are waging together.”

Department of Homeland Security Secretary John Kelly, when asked by Fox News if other nations had expressed reluctance to share sensitive information with the Trump administration, said the administration had the best interest of the country in mind.

“I interact with a great many foreign leaders at the ministerial level, my counterparts, and I share as much information with them as our laws allow, and they are open to that,” Kelly said. “In those places I cannot share more, they understand that, and the fact that this country, my department, our president, has the safety of our citizens and their citizens No. 1 in his mind.”