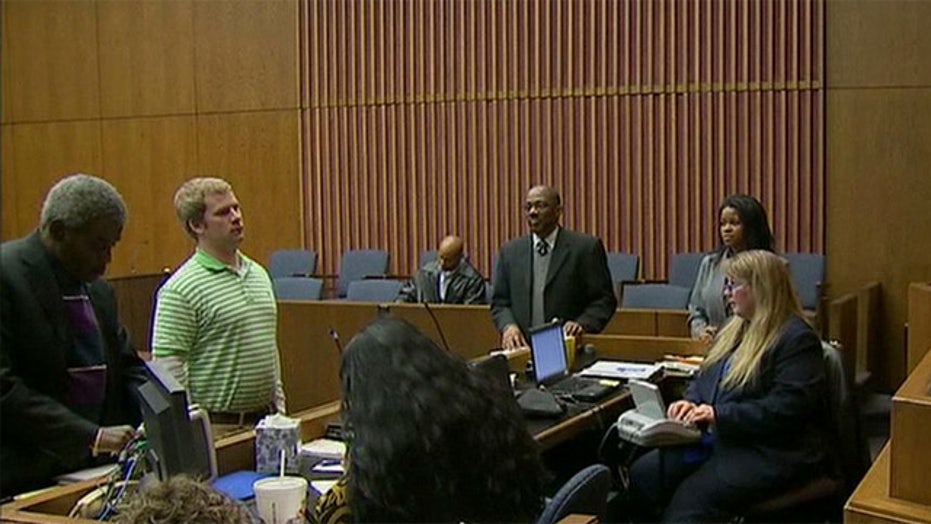 COLUMBUS, GA — Brent Helms faces multiple charges stemming from a hit and run accident last year. But the 27-year-old Army veteran’s military service has given him an option to stay out of jail.

He’s participating in a veterans treatment court. The program requires him to appear before a judge at least once a month to verify whether he’s following through on treatments for addiction to prescription pain killers and other mental health issues.

“They basically have accountability,” Helms said. “And that’s something I need in life so I don’t stray off on the wrong path.”

The Muskogee County Veterans Court in Columbus, Georgia is one of more than 160 around the country.

Veterans advocates say these special courts address the underlying problems that can lead some former military service members to run afoul of the law. They say many young people are returning from wars in Afghanistan and Iraq with Post Traumatic Stress Disorder (PTSD), traumatic brain injuries or dependency on pain medications that were prescribed to treat battlefield injuries.

Supervising treatment of these veterans is far less expensive than incarceration, according to Norm Davis, the program coordinator for the Veterans Court in Columbus.

“The moneys that we can save by putting people in treatment benefits the state. It benefits the government,” Davis said. “But our greatest benefit I think is coming and changing the lives of individuals.”

Brent Helms is now living in transitional housing at Passover Ministries in Columbus. The Veterans Court requires him to undergo regular counseling and drug testing and to look for a job.

If he successfully completes the 18 month program, he not only avoids prison time, but has a good chance of getting the charges against him dropped.

“I want to have my own house, my own vehicle, everything in my own name, definitely have a wife and kids,” Helms said. “I just want to have a normal life.”

Veterans Court officials say the program is not a “get out of jail free card,” but a way of helping veterans pay their debts to society, while taking into account the sacrifices they've made protecting society.

The guidelines for participating in veterans treatment courts vary among jurisdictions. The program in Columbus excludes veterans with serious violent offenses, but does not require participants to have an honorable discharge, as some courts do.

“A lot of times, a less than honorable discharge may be based on issues that were already occurring — mental health issues or substance abuse issues which caused them to be removed from the military,” program coordinator Davis said. “So, we don’t let that eliminate us from providing services. If you have a military history, we try to provide some services.”