The speaker of the House sits down with 'Fox & Friends' and gives Ainsley Earhardt a tour of the Capitol.

House Speaker Paul Ryan called Tuesday to “cleanse” the FBI as he openly backed the release of a controversial memo that purportedly details alleged surveillance abuses by the U.S. government.

He added: “I think we should disclose all this stuff. It’s the best disinfectant. Accountability, transparency -- for the sake of the reputation of our institutions.”

The striking remarks came at a breakfast with anchors and reporters ahead of President Donald Trump’s State of the Union address; much of the session was off the record.

Ryan spoke on the record to address the controversy over the House Intelligence Committee voting late Monday to make public the surveillance memo.

Ryan said “we should disclose,” and “disclosure is the way to go.”

He said problems at the FBI and the Justice Department should be cleaned out, while “covering up mischief would be worse.”

The committee vote on Monday was met with sharp objections from Democrats.

California Rep. Adam Schiff, the top Democrat on the committee, called it a “very sad day, I think, in the history of this committee.” The motion passed on a party-line basis, he said. 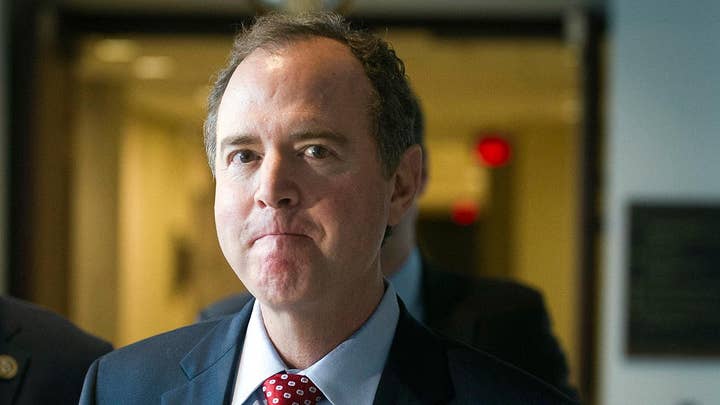 Trump now has five days to decide whether he has any objections before the memo can be publicly released.

Asked about House Intelligence Democrats complaining about their GOP counterparts, Ryan noted that Democrats “sprung their memo” last night -- a reference to the Democrats’ version which has not been released at this stage.

The Republican-authored memo has not yet been released either, but is expected to be made public after the White House has had the chance to review it.

Last week, a top Justice Department official urged House Intelligence Chairman Devin Nunes not to release the memo, saying it would be “extraordinarily reckless” and could harm national security and ongoing investigations.

Republicans have suggested that the memo addresses whether the FBI relied at least in part on the unverified anti-Trump dossier -- paid for partially by Democrats and the Clinton campaign during the 2016 presidential election -- to apply for a surveillance warrant, purportedly focused on then-Trump adviser Carter Page. This would have been under the leadership of James Comey.

The memo is hardly the only controversy the FBI is dealing with. Deputy Director Andrew McCabe is now stepping down from his post after facing conflict-of-interest accusations from Republicans, in part because his wife took campaign money from a PAC linked to a prominent Clinton family ally -- amid the Clinton email investigation.

And two FBI officials who once served on Robert Mueller’s Russia probe are under fire after the revelation of anti-Trump texts between them.