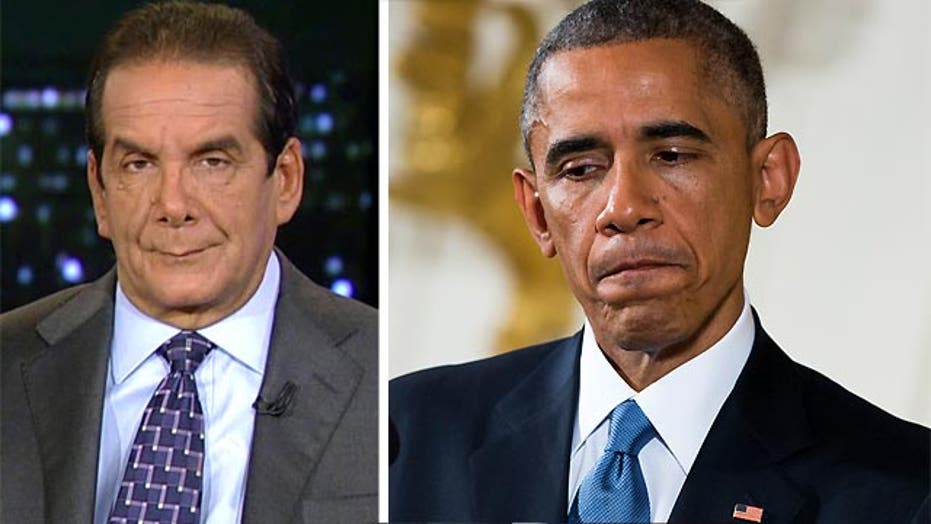 Krauthammer on President Obama and the midterms

Syndicated columnist Charles Krauthammer said Wednesday on “Special Report with Bret Baier” that though the results of the midterms were an obvious blow to the president, President Obama today played the “puzzled observer” at a White House news conference.

Charles Krauthammer said Wednesday on “Special Report with Bret Baier” that President Obama acted like a “puzzled observer” at a White House news conference the day after Republicans made big gains in the midterm elections.

“He was asked about the meaning of the election, and he said, ‘I’ll leave to others the meaning of tea leaves.’” Krauthammer, a syndicated columnist and a Fox News contributor, said. “Was this really a subtle result? Was this sort of complicated and nuanced? This was the worst wall-to-wall, national, unmistakable, unequivocal shellacking that you will ever see in a midterm election.”

Krauthammer called the election a clear rejection  of the president’s policies. He said rather than admit the truth, President Obama tried to blame the results on voter turnout.

“Of course it was about him, of course it was his ideology and the execution of his policies, everywhere, every single one,” Krauthammer said, adding, “He pretended today as if was an election that doesn’t have a lot of meaning, because two thirds of the electorate didn’t show up.”