Hirono, a member of the Senate Judiciary Committee, which will rule on Kavanaugh's nomination to the nation's highest court by President Trump, also posed questions to the nominee regarding sexual harassment, resulting in more tense moments.

Kavanaugh, who faced a second day of chaotic questioning on Capitol Hill, was asked by Hirono whether he has ever been accused of sexual misconduct or entered a settlement agreement with anyone over such allegations.

The high court nominee answered no to both questions, but Hirono continued her questioning over the issue, drawing attention to Kavanaugh’s relationship with Alex Kozinski, a former judge on the 9th U.S. Circuit Court of Appeals who was forced to retire in the wake of accusations of sexual impropriety with multiple law clerks.

“I started asking these questions about sexual harassment because it's so hard to hold lifetime appointees to the federal bench accountable and because I did not want the #MeToo movement to be swept under the rug,” the senator said.

Hirono pressed Kavanaugh on whether he was aware of the “egregious and pervasive” accusations of sexual misconduct against Kozinski, as he was a clerk for the judge in the 1990s and was introduced by him to the Senate Judiciary Committee in 2006 when then-President George W. Bush nominated Kavanaugh to the federal bench, according to Honolulu Civil Beat.

Kavanaugh replied by saying he wasn’t aware of the allegations at the time and that he had “no reason not to” believe the women who made the allegations against the former judge. He added that if he had heard of any allegations about another judge, he would have reported them to the appropriate authorities.

But Hirono, 70, who has served in the Senate since January 2013,  seem dissatisfied with Kavanaugh’s answers. 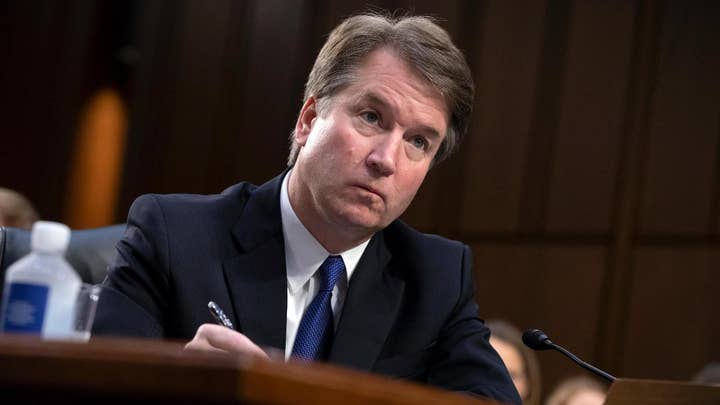 “You saw nothing, you heard nothing and you obviously said nothing,” she said, suggesting the allegations against Kozinski were an open secret.

Kavanaugh said he agreed with the senator that there needs to be a change in the culture so that people coming forward with allegations of sexual misconduct receive the supprt they deserve.

“I agree with you, Senator,” Kavanaugh said. “There needs to be better reporting mechanisms.”

But concerns about sexual harassment were just a short episode in Hirono's 30-minute questioning. The senator was primarily focused on an op-ed article that Kavanaugh wrote in 1999 for the Wall Street Journal.

In that article, Kavanaugh debated whether the U.S. government should treat Native Hawaiians as indigenous people because they had come from Polynesia. The article was about a 1996 Supreme Court case, Rice v. Cayetano, in which the high court ultimately ruled that the state could not let only Native Hawaiians vote in elections for the Board of Trustees of the Office of Hawaiian Affairs.

Hirono slammed Kavanaugh over the article, with her staffers holding a map showing that Hawaii has always been part of Polynesia. 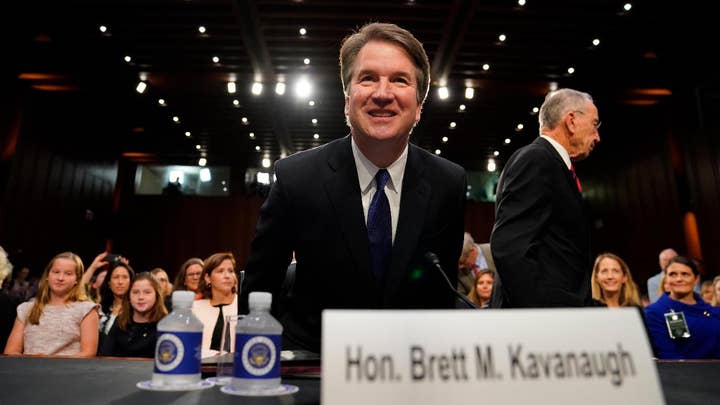 “You also implied that Native Hawaiians couldn't qualify as an Indian tribe and therefore were not entitled to constitutional protections given to indigenous Americans,” she added. “It is hard to believe you spent any time researching the history of Native Hawaiians.”

Hirono went on to ask Kavanaugh whether he believes the legitimacy of programs aimed at helping Native Hawaiians should be more scrutinized given his views on the issue.

The senator finished the line of questioning, saying “I think you have a problem here” and drew attention to Alaska Republican Sen. Lisa Murkowski, a potential swing vote in the confirmation of the high court nominee.

“Your view is that Hawaiians don't deserve protections as indigenous people under the constitution and your argument raises a serious question on how you would vote on the constitutionality of programs benefiting Alaska natives,” Hirono said. “I think that my colleagues from Alaska should be deeply troubled by your views.”