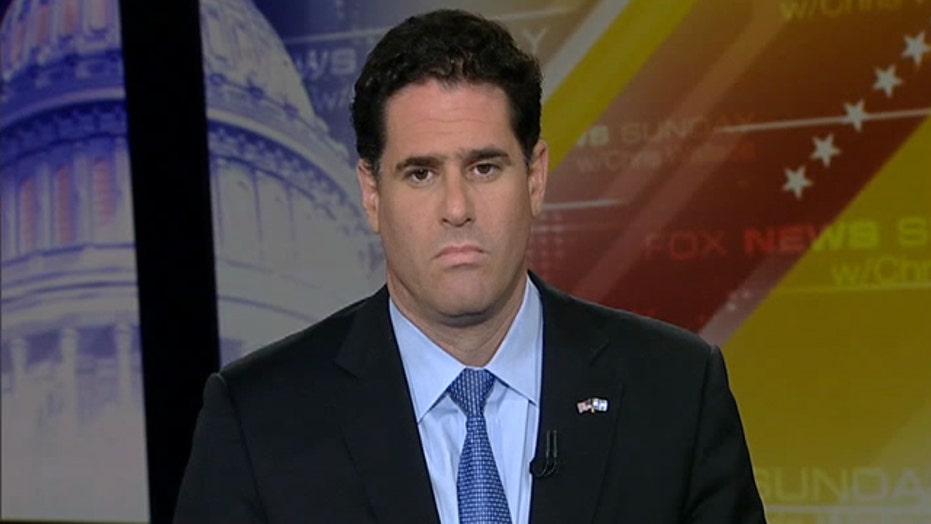 Amb. Dermer: Teen's killers 'will not be hailed as heroes'

Israeli ambassador to the US on 'Fox News Sunday'

Israel’s ambassador to the U.S. on Sunday praised his government for the swift arrests in the killing of an Arab teen, saying those found guilty will not be lauded as heroes and urging Palestinian leaders to pursue those behind similar killings.

“They will not be hailed as heroes,” Israeli Ambassador Ron Dermer told “Fox News Sunday.” “There will not be public squares named after them.”

Six Jewish men were arrested this weekend in connection with the killing of the Palestinian Arab teenager, whose death last week has sparked days of violent protests in Arab areas of Jerusalem and northern Israel.

Mohammed Abu Khdeir, 16, was abducted early last week, and his charred body was found a short while later in a Jerusalem forest in what Palestinians say was a revenge killing for the earlier deaths of three Israeli teens.

Police have been investigating various motives in the Khdeir death, including criminal and personal.

“There’s strong suspicion that there are nationalist motives behind this,” Dermer said.

He wants Palestinian leaders to rigorously investigate the deaths of the three Israeli teens, on which Israeli Prime Minister Benjamin Netanyahu is blaming the militant Islamic group Hamas.

The series of killing and the resulting, violent protests have brought concerns that the country will be plunged into war.

This weekend, Palestinian militants in the Gaza Strip stepped up rocket attacks on southern Israel, drawing Israeli air strikes in retaliation. The militants have fired more than 15 rockets and mortars into Israel, the military said. Overnight, Israel carried out air strikes on 10 sites in Gaza.

When Dermer was asked Sunday by ABC News whether he thought the violence would lead to all-out war, his response was “I hope not.”

He also responded to the release Sunday of Tariq Abu Khdeir, a 15-year-old Palestinian American who was badly injured in clashes with Israeli police. He was sentenced to nine days of home detention.

Dermer said his country condemns the use of excessive force but that Tariq Khdeir “was not an innocent bystander pulled out of a school yard.”

He said Khdeir was masked and joined several others in attacking police.

“But that doesn’t excuse the use of excessive force,” Dermer added.

The parents of Khdeir, who goes to school in Florida, say their son was beaten Thursday by Israeli police during clashes over the killing of Mohammed Abu Khdeir. The two youths were cousins.

As Tariq returned to his family Sunday, he was crying and appeared badly bruised, with both eyes and his mouth swollen. "I feel better, I am excited to be back home," he said.

Amateur video of what Tariq's father Salah said was the beating aired on a local television station, and he said he could recognize his son from his clothing.

State Department spokeswoman Jen Psaki said Sunday that a judge at a hearing that morning allowed Tariq to be released under house arrest while the criminal investigation is conducted and that an official from the U.S. Consulate General was present.

The teen's family was asked to post bail, and Tariq is restricted to his uncle’s home in the Beit Hanina area of East Jerusalem. He is also permitted to make arrangements to visit medical facilities if needed. If the investigation is concluded promptly, the youth should be able to return to Florida as planned with his family later this month, Psaki said.

She also repeated what she said Saturday, that the U.S. wants "a speedy, transparent and credible investigation and full accountability for the apparent excessive use of force.”