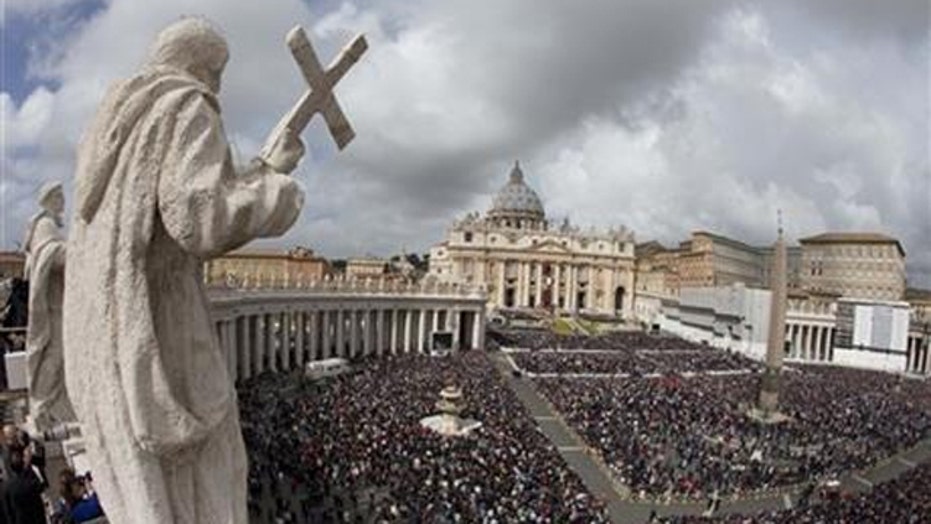 Why Easter is so important for Christians

Recent research indicates that the number of people who do not consider themselves a part of an organized religion is steadily on the rise.

This begs the question, “Why are we losing our religion?”

Some may be losing their religion, but I challenge the notion that faith in general is waning.

I believe, instead, the trend of people who don’t identify as part of an organized religion speaks to an increasing wariness of labels in our culture. Those labels carry baggage for many who might have been hurt by the Church or let down by religion.

In order to become a new person, we need Christ. Only through an active ongoing relationship with Jesus can we become transformed and overcome the labels that bind us.

In fact, I’ve struggled with what people think of my label: pastor. For many, this label carries emotional baggage.

When I meet someone new, I get to talk to him or her like a regular person. We joke around, talk about our families, and then the inevitable happens. “What do you do for a living?” When I answer this question, I typically get one of two responses. I either get an onslaught of Christianese phrases -- “Oh, praise the Lord! What a blessing, brother Craig!” or I get stonewalled, and the conversation dies as quickly as it started.

Now I’m not saying is that religious organizations are useless. Obviously, I’m a part of one. I am the pastor of a church and truly believe what Bill Hybels asserts: “The local church is the hope of the world.” But in order to reach the current generation and generations to come, we must change the way we do things. That’s why we like to say, “To reach people no one is reaching, we have to do things no one is doing.”

As churches, we don’t have the liberty to change the message, but we must change the way the message is presented. We have to discover our "altar ego"—and become who God says we are instead of who others say we are.

Peeling off the labels that cling to our reputation brings great freedom for us as individuals and as the global body of believers known as the Church. Only when we push past those artificial constraints can we truly become who God created us to be.

For example, many people think churches are “all about money.” The think that churches just want people to give to them but that they rarely give back.

Besides investing in our communities and helping the poor, our church moved beyond the labels and status quo to embrace generosity in a way that some have called crazy. We’ve created and given away millions of YouVersion Bible Apps every month—more than 85 million to date. We give away our weekend teachings to hundreds of churches every week, for free. Rather than selling products our church creates, we give away as much as we can. More than 100,000 pastors and leaders downloaded more than three million resources last year.

Despite the lack of religious affiliation the research shows, the interest in these spiritual resources has never been greater. As a church, we don’t see these research trends as a threat, but as an opportunity for us to do more.

Craig Groeschel is the pastor of the nation's second largest church, LifeChurch.tv in Edmond, Okla., and the author of several books. His most recent book is "Altar Ego: Becoming Who God Says You Are" (Zondervan) His next book, "Fight: Winning the Battles That Matter Most" (Zondervan) will be released in October 2013.