Barbra Reifel’s nightmare came to an end when her ex-husband passed away.

Former dental surgeon Michael Mastromarino was nicknamed “body snatcher” by the tabloids after he was charged with stealing tissue and bone from more than 1,000 corpses that sold for transplant and research. He died in 2013 at age 49, the New York Times reported. The cause was complications of metastatic liver cancer that had spread to his brain and bones. 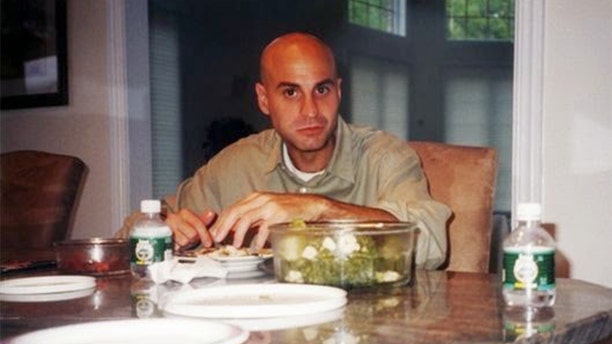 Michael Mastromarino passed away in 2013 at age 49 from cancer. (Photo courtesy of Barbra Reifel.)

Reifel's story has been the subject of several true crime shows over the years including “My Life is a Lifetime Movie,” as well as “Who the (Bleep) Did I Marry?”, which is currently streaming. Most recently, Reifel has co-authored a memoir about her shocking marriage titled “The Body Snatcher’s Wife: My Life With a Monster.”

“Personally, it was a moment of relief for me,” Reifel told Fox News when she learned that her former spouse had passed away while serving his prison sentence. “It was sad that it had come to all of this, but to me, it kept my children and actually the world safer. That’s the way I saw it. I saw myself being out of danger, as well as my children. And because he had such a brilliant, keen mind, it was dangerous. It was a dangerous mind.” 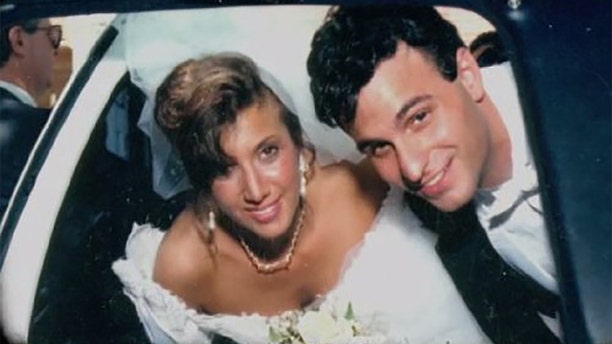 Before the headlines, Reifel, now 53, said she was captivated by Mastromarino.

The couple, who were nicknamed “Ken and Barbie” by their loved ones, tied the knot in 1992. But 'happily ever after' wasn’t in the cards after a fairytale wedding.

“When you’re in a marriage and you’re so in love with someone, you always want to see the best in them,” she explained. “It’s very, very hard to see the bad when it happens. You kind of brush it off like, ‘Oh no, couldn’t be that.’ As far as of course, the big moment where I realized that things were terribly wrong was when I … learned he was a drug addict and cheating." 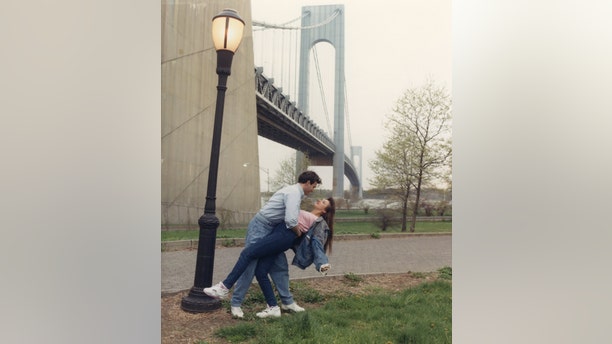 Barbra and Michael were nicknamed "Ken and Barbie" by their loved ones. (Photo courtesy of Barbra Reifel.)

Reifel said she first learned her husband had a drug problem between 1999 and 2000 when “his office called me and told me that he was passed out on the floor,” with “a syringe in his arm,” Oprah.com reported. Mastromarino’s addiction eventually cost him his dental license in 2002. At that time, he was also arrested for possession and distribution, Reifel shared.

It was then when Mastromarino became licensed by New York State to supply tissue banks and manufacturers of biological surgical instruments, the New York Times reported. He ultimately formed a business named Biomedical Tissue Services, and he reportedly made between $10,000 to $15,000 per body.

Mastromarino’s wealth skyrocketed, and he was soon living in a New Jersey mansion where he installed heaters under his driveway so he didn’t have to shovel snow during winter, NPR reported. According to the outlet, Mastromarino boasted he made more than a million dollars a year.

Tissue from bodies that are donated can be “recovered, sterilized and turned into medical products,” NPR explained. Veins can be used for heart bypass operations or a tendon could be used to repair a torn knee ligament, for example. But the outlet noted Mastromarino didn’t get permission from the families. Instead, he created a network of undertakers and paid them up to $1,000 for each corpse. He would then remove the tissue and fake paperwork attempting to prove he obtained consent. 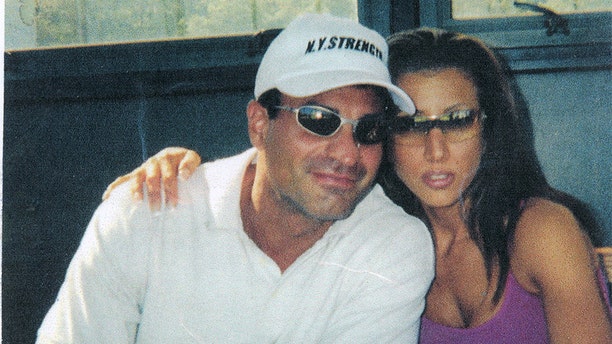 But some of the tissue he obtained came from people who had died of AIDS or cancer. Some had other diseases. His made-up documents insisted there was a more benign cause of death. Alistair Cooke, the host of the PBS series “Masterpiece Theatre,” was one of the victims. He died in 2004 at age 95 from cancer.

“I knew he was harvesting human remains for his new profession,” Reifel explained. “But I thought it was entirely legal. … And he had lawyers at the house talking about all the steps he needed to take and he just did it all wrong. He did it all illegally. But there is a legal way to perform that business and help people.” 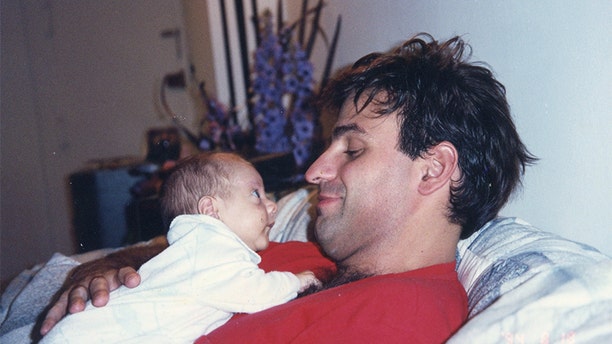 Michael Mastromarino with his son.

“The [funeral home] would call him and say, ‘We have a body,’” she continued. “That’s basically how they put it. Then he would say, ‘Did you speak to the family?’ I guess he’d find out information about their demographics as far as their age, illnesses. Then he would sometimes … leave and go to the funeral home … My husband would tell me, ‘Just tell everybody I’m in research.’”

But Mastromarino’s dark world of illegal harvesting eventually came to light. In 2005, police began investigating irregularities at Brooklyn’s now-defunct Daniel George & Son Funeral Home, the New York Times shared. Investigators revealed there was a secret room in the funeral room with specialized surgical equipment. The discoveries there were “likened to Frankenstein.” In 2006, Mastromarino was charged, along with two of his workers and an embalmer. 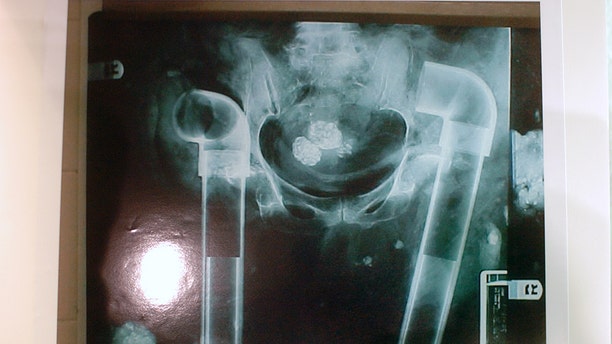 X-ray image showing how PVC pipe replaced bones removed from bodies is on display at a news conference during which Brooklyn prosecutors announced they were charging Michael Mastromarino, Joseph Nicelli and two lesser principals with 122 counts of body-stealing, grand larceny, forgery and other charges. The body-parts-for-sale ring made $4.7 million over four years by illegally obtaining bodies and selling body parts to hospitals and other health-care providers for transplant into unsuspecting patients. (Photo by John Roca/NY Daily News Archive via Getty Images)

“When it first hit the news, he said, ‘Barb, this isn’t going to go well,’” she said. “He kept saying, ‘There’s a bigger fish here. They’re trying to get somebody. They’re pressing me.’ And we all believed him  — my family, his family — we all believed him. … The bottom line is I didn’t really know what he was guilty of everything until I sat in the district attorney’s office with him while he was already incarcerated. Throughout the entire time, I had a belief that he couldn’t have been guilty of it all.”

“I mean, by the grace of God, he made it back,” Reifel continued. “He had a second chance in life [after his addiction], let alone a profession. He had a second chance in life and with his family because really, I should’ve left his a— a long time ago. And it was my choice. It was my choice to stay and try to make this family work. I saw him rise above and I didn’t realize he was just digging a deeper hole. I had no idea.” 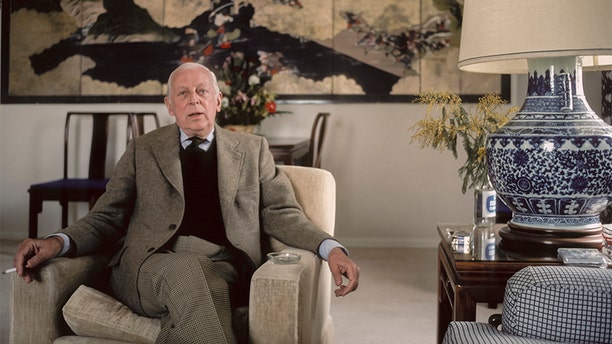 Alistair Cooke poses for a portrait in February 1983 in a hotel in San Francisco, California. Cooke was the longtime host of the PBS show "Masterpiece Theatre." (Photo by David Madison/Getty Images)

Families of the body-snatched were horrified to discover what became of their deceased loved ones. As for the tissue recipients, they were left to wonder whether they contracted hidden illnesses. Some of the parts sold to medical companies were used for dental implants, knee replacements and other procedures, the New York Daily News reported.

In 2008, Mastromarino pleaded guilty to numerous charges including enterprise corruption, reckless endangerment and body stealing. He was sentenced to 15 to 30 years in prison. He and Reifel agreed to pat $4.6 million to the district attorney’s office, which would be distributed among the victims’ relatives. Reifel divorced Mastromarino after he admitted his guilt, NPR reported. 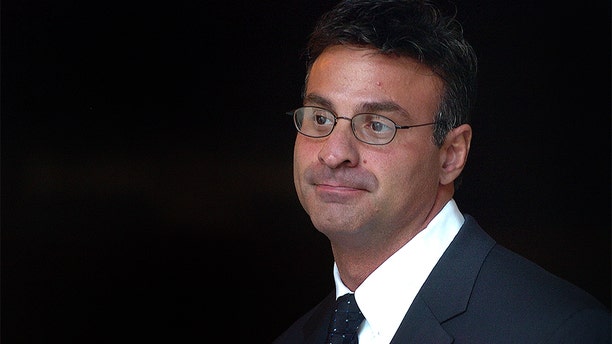 “When everything came to light, I was actually afraid of any loved ones reaching out to me simply because I understood their anger,” Reifel explained. “If you put yourself in their position, how could you not be so distraught with anger that you just want to lash out? Since he was in prison, I was worried. … I’m still very sorry. I can’t imagine what they’re going through every day.”

“She understood my position, which I was so grateful for,” said Reifel. “I wasn’t a part of it. [But] when you love someone, you want to believe them.”

Reifel said despite the media scrutiny, she remained focusing on raising her two sons. She shared that before Mastromarino’s death, she encouraged her sons to still maintain a relationship with their father — as long as they chose to. 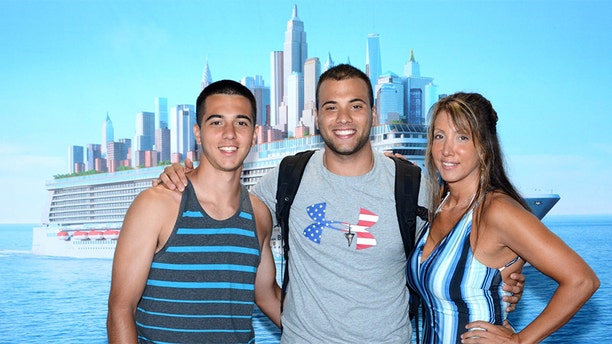 “They’re two fine young men — amazing young men who are making their way, the right way, in this world,” she said.

Today, Reifel hopes her book will warn readers not to lose themselves in love, just as she once did.