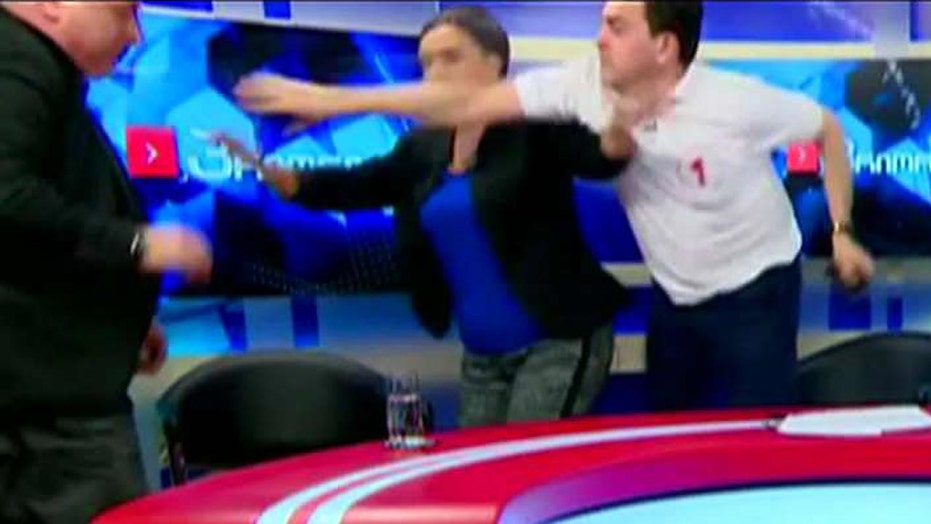 Politics in Georgia is heating up after there was a fistfight between politicians on live TV for the second time in a week.

A debate had to be abandoned after the pair began brawling in the studio after a row about the country’s relationship to Russia.

The situation kicked off when Irakli Glonti angered his rival Zaza Agladze with comments about his party leader.

Mr Glonti said the position of Gogo Topadze, leader of the Union of Industrialists party, is to “pour water on Russia’s mill”.

This enraged its candidate Mr Agladze, who hurled his water across the set shouting: “So you mean we are for sale?”

He got up and marched round the studio to confront Mr Glonti, who is standing for the new State For The People party, launched by opera singer Paata Burchuladze.

He began throwing punches at him before the presenter tried to intervene and get between the pair.

But after his rival threw a glass of water back at him it kicked off again, with them brawling across the screen, leaving a shocked host to try and hold the show together.

It comes just days after a similar fight erupted on another TV show as two candidates started a punch-up.