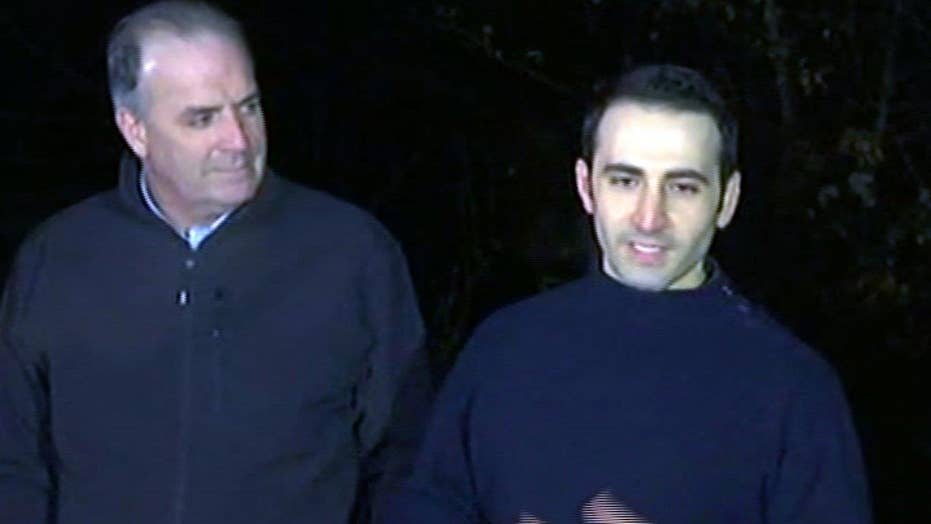 Rep. Dan Kildee, who fought so hard to get Amir Hekmati freed from an Iranian prison, goes 'On the Record' on his meeting with the former Marine and Hekmati's emotional reunion with his sister and brother-in-law

A U.S. Marine held in Iran sued the Islamic Republic this week for millions, seeking damages for torture he endured while imprisoned for more than four years.

Lawyers representing Amir Hekmati announced Monday that a lawsuit was filed in the U.S. District Court for the District of Columbia, seeking economic, compensatory and punitive damages.

Hekmati, 32, who is from Michigan, was one of the Americans released by the Islamic Republic earlier this year as part of a prisoner swap arranged by the Obama administration.

Hekmati, an Iranian-American, was detained in Iran in August 2011 on espionage charges. He said he went to Iran to visit family and to spend time with his ailing grandmother.

Hekmati was convicted of spying and sentenced to death in 2012. After a higher court ordered a retrial, he was sentenced in 2014 to 10 years on a lesser charge.

“Amir was arrested on phony charges, thrown into brutal solitary confinement in one of the world’s most inhumane prisons, and then subjected to prolonged physical and psychological abuse, including beatings, electric Taser-ing, sleep deprivation, and the forced ingestion of dangerous drugs," Gilbert said.

"Amir can never be adequately compensated for his suffering and the lasting impact that this has had, and will have, on the rest of his life," he added. "Our intention, with the filing of this lawsuit, is to attempt to provide at least some measure of justice for Amir and his family.”

Gilbert did not tell the website exactly how much money Hekmati was seeking, but said it exceeded $10 million.

Hekmati was born in Arizona and raised in Michigan. He and his family long denied any wrongdoing, and said his imprisonment included physical and mental torture and long periods of solitary confinement in a tiny cell.

Hekmati served in the U.S. Marine Corps from 2001 to 2005 as an infantry rifleman and translator. He completed two tours of duty in Iraq where he served in the 2nd Battalion, 4th Marine Regiment -- a unit that suffered one of the highest casualty rates in the Marines.