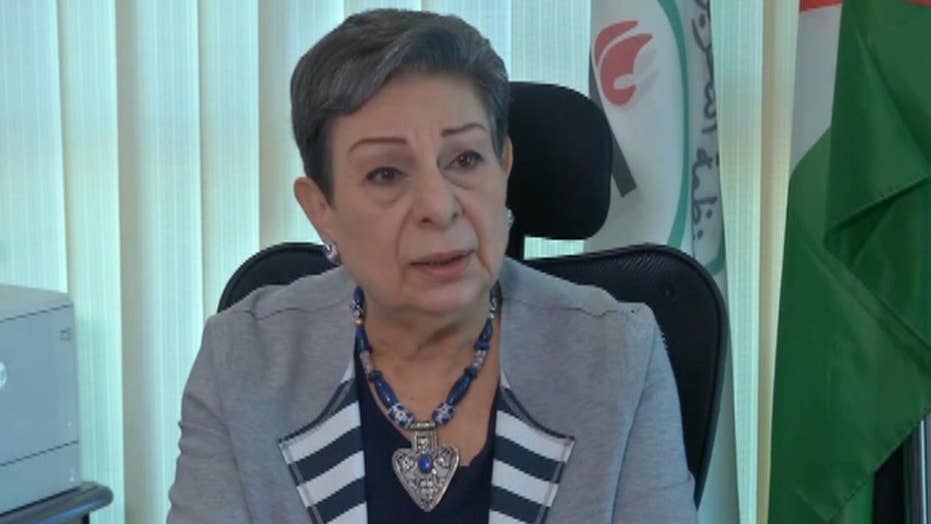 Palestinian official on why they oppose US-led negotiations

Dr. Hanan Ashrawi, a senior Palestinian official, told Fox News in an interview that until the U.S. embassy is moved back to Tel Aviv and the Americans stop supporting Israeli settlements, the Palestinian Authority won’t accept a U.S. role in peace talks.

“So far, everything they've done in actions has been detrimental, irresponsible, ignorant and dangerous,” Ashrawi said about the Trump administration.

President Trump will reportedly unveil his "Deal of the Century," a U.S. peace plan for the Israelis and Palestinians, in the coming weeks. Late last month, Palestinian President Mahmoud Abbas rejected the deal ahead of the planned announcement.

“We must not give in to negotiations and pressure.  We are at a historic point in time,” Abbas said.

The Palestinian Authority said this week it hasn’t received any plans from the Trump administration and that no talks are currently underway.

“In words, they haven’t presented any plan except what they’re doing on the ground and in terms of preparing a table, they have smashed the table to smithereens,” Ashrawi said.

Jason Greenblatt, President Trump’s special representative for Israeli-Palestinian negotiations, will reportedly travel to Israel this weekend for more talks about the U.S. peace plan. Greenblatt is not expected to meet with the Palestinians.