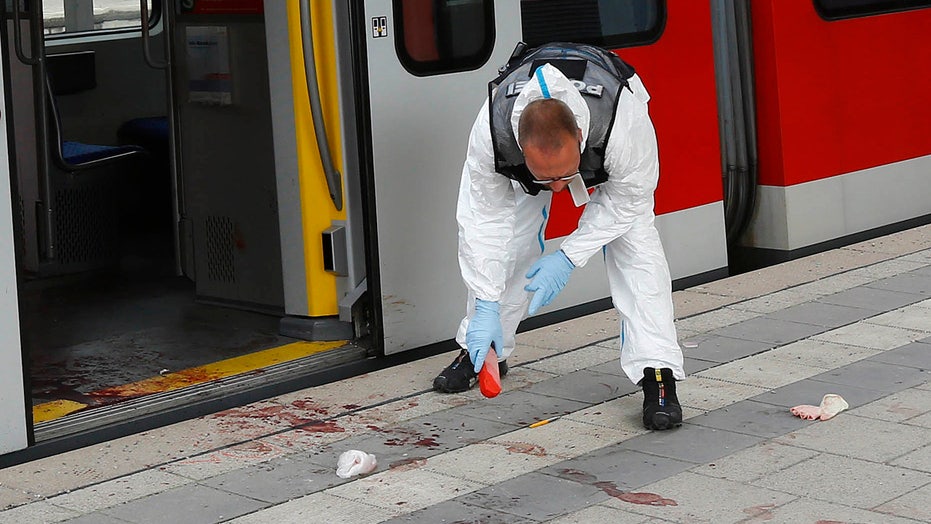 The anti-refugee backlash in Germany hit new heights earlier this month, when a surging far-right political party made slamming the door on Muslims part of its official platform.

Alternative for Germany (AFD), the nation’s fastest growing political party, announced the formal stance in Stuttgart on May 1. The AFD also called for a ban on minarets – the mosque towers from which Muslims are called to prayer – and the burqa full-body covering for women. The blatant messaging comes at Chacelor Angela Merkel’s popularity plummets and much of Germany turns against the policies that allowed last year’s influx of more than one million mostly Muslim migrants. Before the refugee crisis, there were 4 million Muslims in Germany.

According to opinion polls, the AFD has the support of up to 14 percent of the German electorate and poses a serious challenge to Merkel’s Christian Democrats and other established parties going into the 2017 federal election.

Even if its anger is directed at Muslims, the rise of the right gives Germany’s 200,000-strong Jewish community cause for concern. There is little doubt that the AFD will win seats in Germany’s parliament, the Bundestag, in next year’s elections, according to Deidre Berger, director of the American Jewish Committee in Berlin. The AFD already has members in half Germany’s 16 state legislatures, but victories in the federal election would mark the first time a far-right force is represented in the Bundestag.

“Whenever there is a political party propagating hatred of entire ethnic or religious groups, anti-Semitism is never far behind,” she told FoxNews.com.

The anti-Muslim rhetoric is blamed for more than 1,000 attacks on refugee shelters last year, a 30 percent increase over the previous year, according to government figures.

Far-right parties with agendas similar to that of AFD are springing up throughout Europe, reflecting lack of confidence in the European Union’s ability to deal with the refugee crisis, terrorism and financial problems:

In Germany, various concerns underlie a growing far-right appeal. Among them is the fear that large Muslim families will exhaust Germany’s liberal social welfare system with its generous benefits to families with children.

There’s also the fear that migrants who have no experience with democracy will not be able to adjust to a free society like Germany, ultimately posing a danger to democracy itself.

Germany has a graying workforce and a negative birth rate, which would suggest there should be many job openings for the migrants. But according to a German government report, “Data Report 2016,” the migrants’ lack of education and or proficiency in the German language make many of them unsuitable for available jobs.

Lack of confidence in the Brussels-based European Union and the feeling that EU leaders are out of touch with the people also leads to a sense of alienation from its governance say observers.

“This alienation from Brussels makes some Germans yearn for a national party like the AFD that truly represents their own national interests,” said Herzinger.

The swing to an anti-establishment party like AFD can also be explained by voter disappointment with the current ruling parties, the Christian Democrats and the Social Democrats.

Longtime supporters of the Christian Democrats feel betrayed by the liberal course of Merkel’s leadership, largely because of her open-door policy toward Muslim refugees.

According to Anna Sauerbrey, an editor with Berlin’s largest newspaper, Der Tagesspiegel, the main factor in AFD’s success in the March state elections was the party’s ability to mobilize former non-voters who wanted to express their discontent – or outright anger – with the established parties.