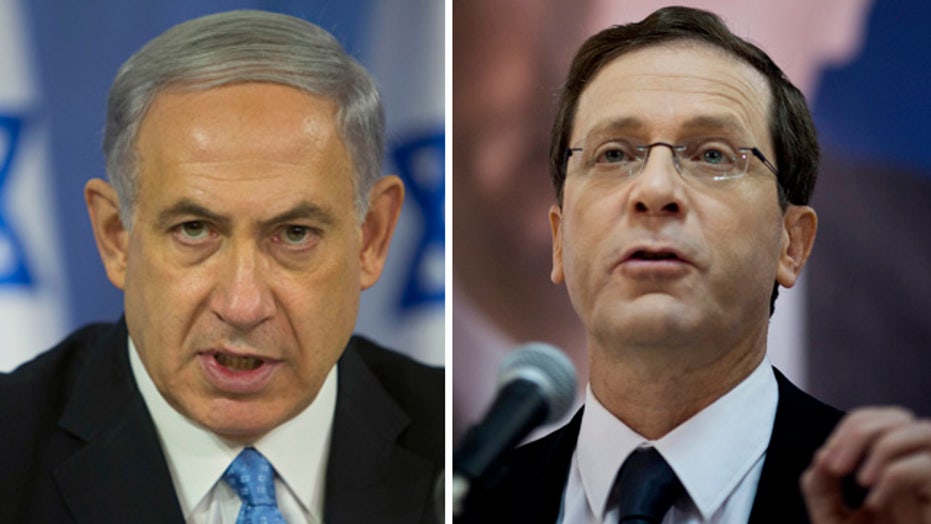 What Israel's election means for the US

Israelis will head to the polls Tuesday in a hotly contested election that was once seen as a sure win for Prime Minister Benjamin Netanyahu.

Netanyahu, the incumbent, is facing off against the center-left Zionist Union party, led by Isaac Herzog and Tzipi Livni.

“This is a neck-and-neck race … it can be anybody’s race and certainly Herzog has turned out to be a credible opponent,” said Diker, foreign policy fellow with the Jerusalem Center for Public Affairs.

The question is whether this election has become a referendum on Netanyahu. “Do you want Bibi again or, alternatively, do you trust Issac Herzog – is he strong enough to be Israel’s prime minister,” Abrams, senior fellow for Middle Eastern studies at the Council on Foreign Relations, told FoxNews.com’s “Defcon 3.”

“Israelis are kind of like a reality show – they kind of like elections even though elections are expensive in a country where there is an ongoing economic crisis,” said Diker. “At the same, Israelis like on some level the mudslinging going back and forth between the parties – this is very much a personality election.”

Iran’s nuclear program and the U.S. approach to talks with Tehran have had some play in Israel.

“When Herzog was last in the United States, he said he had faith that President Obama would handle the Iran situation well. Obviously that is not Netanyahu’s view,” said Abrams. He believes Herzog’s party has had a tough time seeming strong on national security issues, which Netanyahu sees as his advantage.

Some politicians are eyeing Israeli Arabs for potential support. They make up roughly 20 percent of Israel’s population.

Diker says he has spoken to members of the community about who they are supporting. “Over 50 percent of Arabs are actually voting for Jewish parties secretly because they have completely given up on their own national representatives in the Knesset … they want a better socio-economic reality here in Israel.”

Abrams says early returns will be the key indicator on election night for the likely outcome.

“There are a couple of Jewish parties that will be the kingmakers, but the critical thing is what the difference [will be]. If it’s one seat or two, it could go either way. If either Netanyahu or Herzog is ahead by, let’s say, six or seven seats, than that is the person who is going to end up as prime minister.”