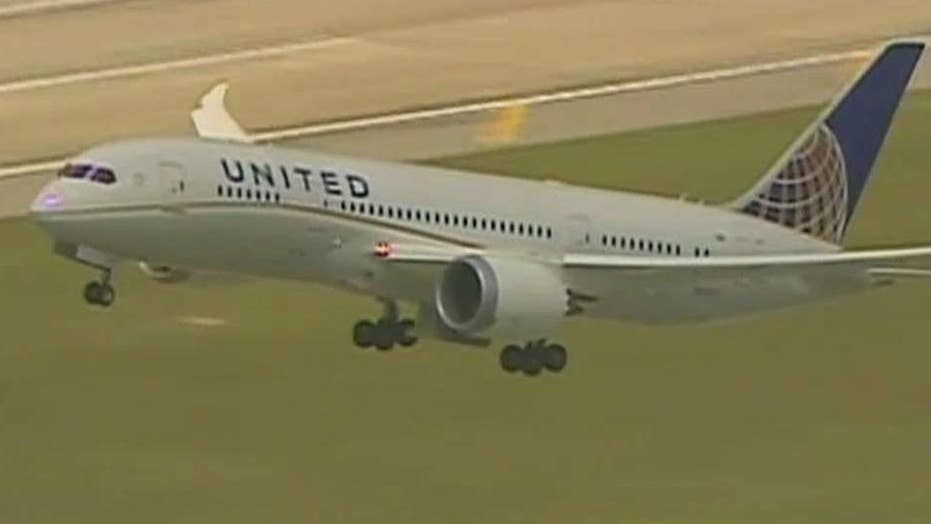 Laura Ingle has the details

After David Dao, a 69-year-old doctor from Lousville, Ky., was forcibly dragged off United flight 3411 on April 9, it created a firestorm of public relations controversy for the legacy airline.

But Dao's case was just one of many incidents plauging United, which has also endured bad press recently for denying boarding to teenagers in leggings as well as a scorpion who stung a man onboard a flight from Houston to Calgary.

Following their spate of bad PR, Travel + Leisure reports that United is now offering super low “apology” fares to Europe, as well as other destinations like Mexico and Costa Rica.

BRIDE AND GROOM ON WAY TO WEDDING BOOTED FROM FLIGHT

A sampling of cheap fares recently available includes flights to Paris for $433 (typically $800); round-trip fares to Mexico City for less than $200 (which typically cost about $500); and round-trips from Los Angeles, San Francisco and San Jose to Stockholm for under $400.

“Since the incident on United 3411, there’s been a noticeable drop in United’s fares,” Scott Keyes, founder of Scott’s Cheap Flights, told Travel + Leisure.

“Monitoring their airfare, it didn't seem there was much of a drop in prices immediately following the incident with Dr. David Dao," Keyes told Fox News via email. "Perhaps United's executives were hoping the matter would blow over and people would stop talking about it after 24 hours.”

But he said that changed as the controversial story continued to make headlines. Keyes continued, “After a few days, it became clear the incident was more viral and had more staying power than United expected. I have no doubt they saw a significant drop in the number of new reservations, and thus had little choice to begin slashing their fares to entice customers back.”

Other abnormally low United fares Keyes found included Dallas to Amsterdam for $410 (normally about $800), and round trip flights to Dublin, Ireland from Boston, New York City, Los Angeles and Philadelphia (normally about $750).

Keyes says there are likely several factors at play beyond the PR factor, including the drop in oil prices, concerns about terrorism slowing travel to Europe, more seats per plane, and increased competition thanks to low-budget carriers such as Norwegian and WOW.

“Older airlines like Delta, United, Lufthansa, et cetera have had to drop their fares to compete with new budget carrier,” he said.

“Adjusted for inflation, flights to Europe today are cheaper than they've ever been. It is quite common to see fares to Paris, London, Barcelona, and elsewhere around $400 round trip—sometimes less!—including bags and meals.”

United appears to be taking steps to show customers they've seen the error of their ways. Last week, the airline emailed customers a ten-point plan promising “substantial changes to how it flies, serves and respects its customers.”

Number two on the list was an item promising they would increase compensation for voluntary denied boarding, upping the limit to $10,000.

And on Friday, the airline announced that they had reached a settlement with Dao for an undisclosed amount.

“We look forward to implementing the improvements we have announced, which will put our customers at the center of everything we do," the airline reiterated.

When asked about the uptick in cheaper fares, a United spokesman told Fox News on Monday, “We continuously monitor supply and demand to determine competitive fares in all of the markets we serve, and any recent adjustments were made to remain competitive.”