The Department of Defense on Friday was orchestrating the arrivals of 300 evacuees on two planes from Wuhan, China, into the U.S. as the international community worked to slow coronavirus infections.

The two chartered flights are scheduled to arrive at air force bases in Nebraska and California on Friday, according to the department said. The passengers will then be placed on a 14-day quarantine managed by the CDC. One of the planes arrived in Vancouver late Thursday as it made its way to the U.S.

DR. MARC SIEGEL CLAIMS THERE ARE 'PROBABLY CLOSE TO 100,000' CORONAVIRUS CASES IN CHINA 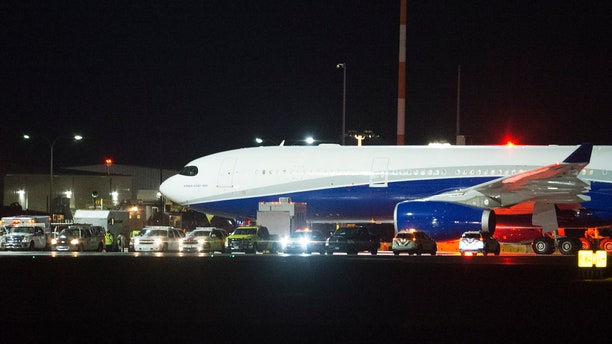 A plane carrying Canadians back from Wuhan, China, is pictured on the tarmac at Vancouver International Airport, in Richmond, British Columbia, Thursday, Feb. 6, 2020. (Jonathan Hayward/The Canadian Press via AP)

China has suffered the most thus far from the virus with 99 percent of the cases. The U.S. has 12 patients including, six in California, one in Wisconsin, one in Arizona, one in Washington state, one in Massachusetts and two in Illinois. No deaths have been reported in the U.S.

The U.S. announced on Sunday that Americans who traveled to China within the last 14 days would be sent to designated airports for enhanced screenings. Foreign nationals who recently went to China would be denied entry in the U.S., except for the immediate family of American citizens and permanent residents.

One person became infected in Wisconsin Wednesday after being exposed to the virus while in China.

In Asia, 41 passengers have tested positive for the coronavirus aboard one of two quarantined cruise ships outside of Japan, according to health officials in the country on Friday. 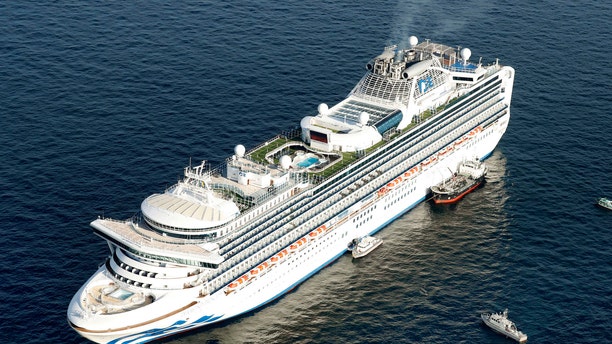 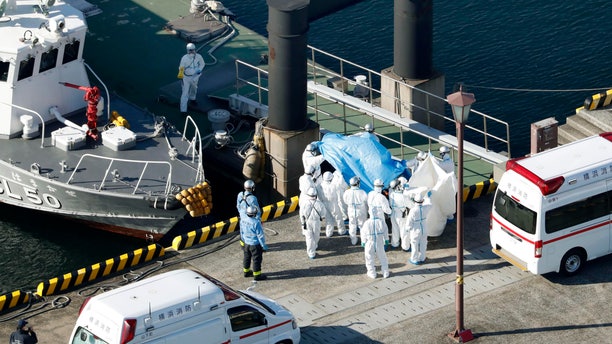 Two additional people in New York City are also being tested for the coronavirus after returning from China.

“New York City is on high alert and prepared to handle any confirmed cases of the novel coronavirus,” said Mayor Bill de Blasio in a statement. “My message to New Yorkers remains the same: if you have the travel history and are exhibiting symptoms, please see your health provider immediately.”

Earlier this week, testing for one of the previous three people in New York City came back negative for the coronavirus after they made recent trips to mainland China, according to the state's Department of Public Health.

WISCONSIN CONFIRMS CASE OF CORONAVIRUS IN PATIENT WHO TRAVELED TO CHINA

Results of the pending four tests should be known in 36-48 hours, officials said. 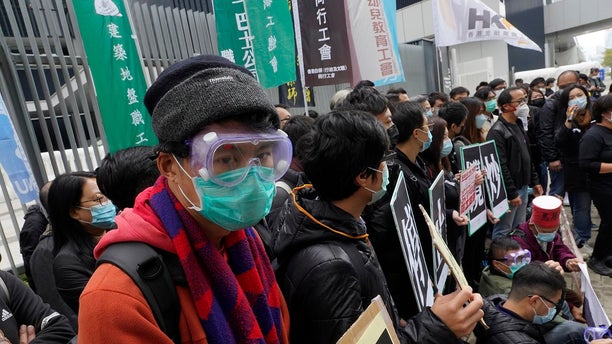 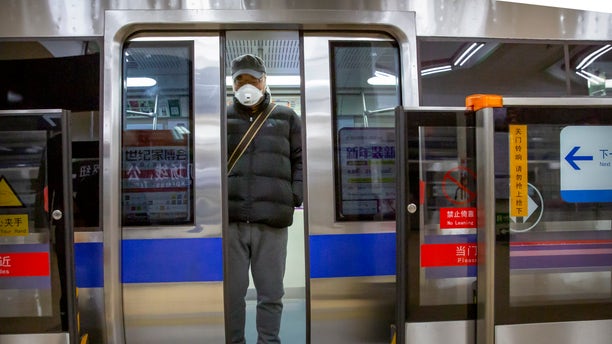 Coronavirus has now infected and killed more people in China than were sickened during the SARS outbreak in the early 2000s.

The death toll from the virus increased to 636 on Friday, with over 31,400 infected around the globe.

Hong Kong reported its first death on Tuesday in a 39-year-old man who traveled from Wuhan. Hong Kong currently has 21 cases of the virus, while Macao has 10.

Over 280 cases have been reported in at least 25 countries globally. Europe's total is at 31.

The United Kingdom has three cases in the country, with another being announced Thursday. One contracted the virus outside the UK in the country, while two are reportedly members of the same family.

CORONAVIRUS TESTING KITS TO BE SENT TO LABS ACROSS US TO SPEED UP DIAGNOSES: FDA

It's not entirely clear how it started, but Chinese scientists believe the virus may have originated in bats. A study by the Wuhan Institute of Virology said that genome sequences from seven patients tested were identical to the bat coronavirus.

It's believed the normal coronavirus can be transmitted most commonly through respiratory droplets in the air, as well as close contact with an infected person or touching areas contaminated with the virus before washing. The digestive tract may also transmit the disease, according to scientists from the Renmin Hospital of Wuhan University and the Wuhan Institute of Virology of the Chinses Academy of Science.

The U.S. declared the coronavirus a public health emergency last Friday with Trump signing an order barring entry to foreign nationals who recently were in China, other than the immediate family of American citizens and permanent residents.

CORONAVIRUS TESTING KITS TO BE SENT TO LABS ACROSS US TO SPEED UP DIAGNOSES: FDA

MORE AMERICANS TO BE EVACUATED FROM CHINA AMID CORONAVIRUS OUTBREAK: OFFICIALS

Delta suspended all service to China