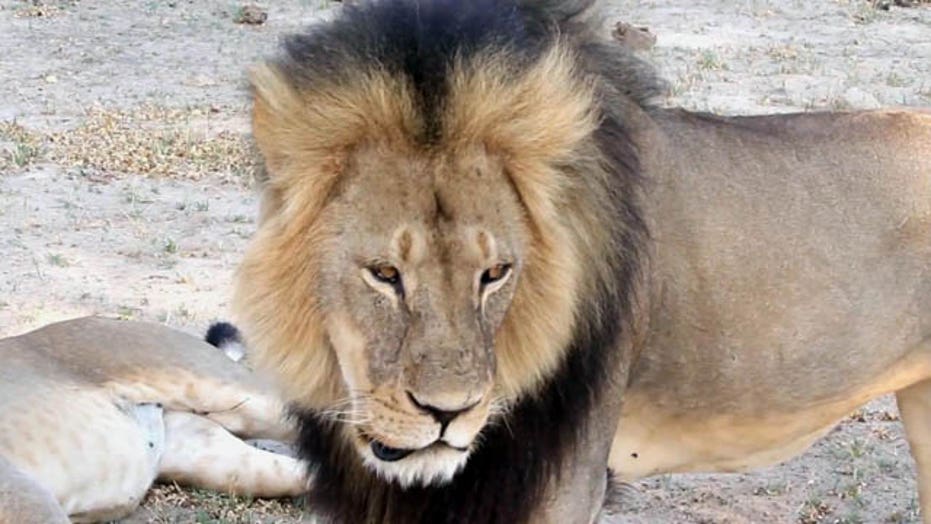 U.S. wildlife agencies will assist Zimbabwean authorities in their investigation into the killing of the iconic African lion, Cecil, according to a published report.

The Minneapolis Star Tribune reports dentist Walter Palmer has not been charged in Zimbabwe, though his guide and outfitter have. Palmer, who lives in the Minneapolis suburb of Eden Prairie and practices in nearby Bloomington, said late Tuesday he regretted the animal’s death, but thought he was acting legally.

Palmer’s membership to Safari Club International, a global organization for big-game hunters, was suspended along with that of his Zimbabwe-based guide.

“Safari Club International supports a full and thorough investigation of the circumstances surrounding the death of Cecil the lion,” the group said in a statement to the Star Tribune. “SCI supports only legal hunting practices ... and believes that those who intentionally take wildlife illegally should be prosecuted and punished to the maximum extent allowed by law.”

Palmer told the Star Tribune on Wednesday he had no additional comment since his statement on Tuesday, but did tell his dental patients that his practice has been closed for now because of people “angered by this situation and by the practice of hunting in general.”

Palmer said that he “had no idea that the lion I took was a known, local favorite, was collared and part of a study until the end of the hunt. I relied on the expertise of my local professional guides to ensure a legal hunt."

"I deeply regret that my pursuit of an activity I love and practice responsibly and legally resulted in the taking of this lion," he said.

Lawyers who specialize in wildlife law told the newspaper Wednesday they doubt Palmer faces any legal trouble under U.S. law. Laury Marshall Parramore, a spokeswoman for the U.S. Fish and Wildlife Service told the Star Tribune the agency is deeply concerned about the incident.

“We are currently gathering facts about the issue and will assist Zimbabwe officials in whatever manner requested, she told the newspaper. “It is up to all of us — not just the people of Africa — to ensure that healthy, wild populations of animals continue to roam the savanna for generations to come.”

U.S. Rep. Betty McCollum, D-Minn., urged the agency and the Justice Department to investigate whether the killing violated any U.S. laws or regulations.

The 13-year-old lion, beloved by many who came to explore the park, was allegedly shot by Palmer with a bow and arrow. Palmer is thought to have lured Cecil about a mile out of the park on the night of July 1, and the injured lion was discovered roughly 40 hours later by Palmer’s hunting team, who had Cecil shot and killed. Cecil was ultimately beheaded and skinned. The hunters also removed his collar, which is against the park’s rules.

According to U.S. court records, Palmer pleaded guilty in 2008 to making false statements to the U.S. Fish and Wildlife Service about a black bear he fatally shot in western Wisconsin. Palmer had a permit to hunt but shot the animal outside the authorized zone in 2006, then tried to pass it off as being killed elsewhere, according to court documents. He was given one year of probation and fined nearly $3,000.