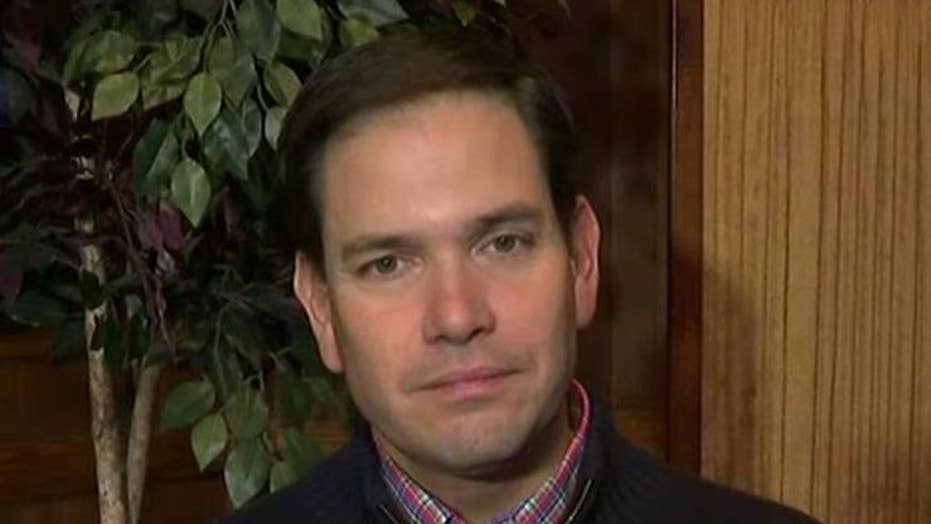 On 'Fox & Friends,' presidential candidate looks forward to the 2016 race

Republican presidential hopeful Marco Rubio continued to tout his experience in international affairs on Wednesday by addressing allegations that U.S. spying on the country's allies "might be worse" than previously thought.

While the Florida senator and member of the Senate Select Committee on Intelligence was careful not to discuss too much of the politically sensitive topic, he did say that there is a need to be concerned about the allegations that the U.S. spied on Israel and other close allies that were made in a Wall Street Journal story.

He added: "They have a right to be concerned about the fact that while some leaders around the world are no longer being targeted, one of our strongest allies in the Middle East – Israel – is … These are all concerns, and they're legitimate."

Addressing the Wall Street Journal story, entitled "U.S. Spy Net on Israel Snares Congress," Rubio countered by saying, "We have to be very careful about how we discuss it, especially since there's a press report that I don't think gets the entire story."

Rubio, who recently received the endorsement of South Carolina Rep. Trey Gowdy, added that his comments were by no means an endorsement of the White House tactics, but that he was just being careful when speaking on national television about a matter related to intelligence gathering.

"I actually think it might be worse than what some people might think, but this is an issue that we'll keep a close eye on, and the role that I have in the Intelligence Committee," he said. "I'm not trying to be evasive, but I want to be very careful in a national broadcast like this how we discuss these sorts of issues."

The GOP presidential candidate may also have been watching his words following accusations he made that rival Texas Sen. Ted Cruz revealed classified information during the final Republican debate of 2015.

The leaders of the Senate Intelligence committee later said there would be no investigation into Cruz's comments and the senator's staff told Fox News Latino that the Texas lawmaker did not say anything in the debate that had not been previously reported, citing articles in both the Washington Post and the Wall Street Journal.