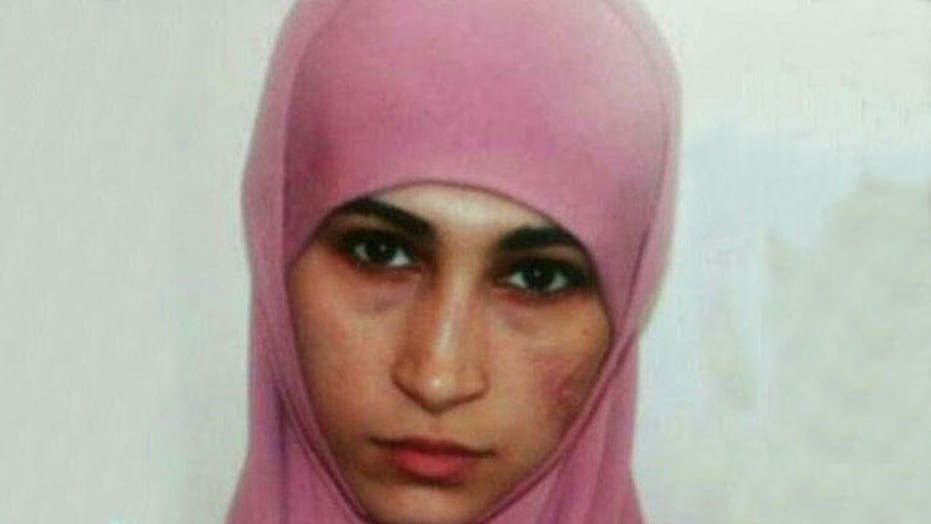 The White House said Obama, in a phone call, offered to help with security during next month’s games.  Putin, who has some 40,000 cops deployed inside the 1,500-mile so-called “Ring of Steel,” has so far brushed aside offers from other countries to assist in securing the Black Sea resort town of Sochi, where the games will take place.

There was no immediate indication of Putin's response to Obama's offer.

Officials confirmed Tuesday the two countries were also involved in “exploratory discussions” to use high-tech American equipment to help secure the games.

The discussions between Joint Chiefs Chairman Gen. Martin Dempsey and his Russian counterpart, which were first reported by the New York Times, involve electronic equipment developed by the U.S. to fight IEDs in Iraq and Afghanistan.

The equipment is able to detect and scramble signals from a cell phone or radio that could detonate an explosive device. The Times reported Dempsey told Russian chief of the general staff Gen. Valery Gerasimov the Defense Department would need to make sure the technology was compatible with Russian security systems before it could be implemented.

The Pentagon confirmed late Monday that the U.S. military will have two ships and other assets at the ready. The Pentagon maintains that no aircraft are being sent to the region, contrary to an earlier report.

"Air and naval assets, to include two Navy ships in the Black Sea, will be available if requested for all manner of contingencies in support of -- and in consultation with -- the Russian government," U.S. Navy Rear Admiral John Kirby said in a statement, adding, "there is no such requirement at this time."

C-17 transport planes will be on standby at U.S. bases in Germany in the event that Americans need to be evacuated from the Olympics. The planes will be approximately two hours away from Sochi.

One Defense official, referring to the preparations, said the Pentagon has "learned a lot of lessons from Benghazi" and is preparing for the possibility of an evacuation. Any evacuation would be done in coordination with Russia, U.S. Defense officials told Fox News.

Fears mounted Monday, after news broke of four possible “black widows” -- women whose jihadist husbands have died in the fight between the Muslims of the North Caucasus and Russia -- who might be planning suicide bomb attacks. That followed a video released by an extremist group in which two men claimed credit for last month’s twin attacks in Volgograd, which left 34 people dead.

"We've prepared a present for you and all tourists who'll come over," the men in the video warned. "If you will hold the Olympics, you'll get a present from us for the Muslim blood that's been spilled."

Putin has responded to the concerns of U.S. lawmakers by assuring his country will “do whatever it takes” to protect athletes and visitors. With the eyes of the world on him, the Russian president is keen to show how far the nation has come since the breakup of the old Soviet Union, yet he desperately wants to avert any large-scale attack that would put people's lives at risk and reveal deadly divisions within Russia. He said he is implementing security measures that "don't jump out at you, are not in your face and don't put pressure on the athletes, visitors or reporters."

Troops from Russia's Interior Ministry have also been active outside the zone, particularly 500 miles away in Dagestan, a Muslim republic in Russia's North Caucasus that is the center of an Islamic insurgency that has engulfed the region. On Tuesday, troops in Dagestan killed the leader of a militant group, Interior Ministry spokeswoman Fatina Ubaidatova said.

Dagestan is believed to be home to Doku Umarov, the Chechen leader described as the “Russian Usama Bin Laden.” Last July, Umarov called for jihadist attacks on Russia to stop or disrupt the Olympic games.

In Sochi, authorities are combing through the massive security zone, bearing photos of at least three of the women believed to be inside. A police bulletin said that one, Ruzanna Ibragimova, 22, was at large in Sochi. The bulletins, which were distributed at hotels, also included pictures of two other women trained ''to perpetrate acts of terrorism.'' It warned that the two women ''are probably among us,'' but did not say if they are in Sochi.

The Olympics are to be held Feb. 7-23. Russia has mounted an intense security operation in the city, but concern persists that ''soft targets'' outside the Olympic venues, such as buses and tourist facilities, are vulnerable to attack.

Although the FBI has a handful of agents on the ground in Sochi, Russia is in complete control of the security effort. If a major event were to occur, the U.S. State Department would oversee any effort to evacuate Americans, according to officials. But as for any further help on the ground, Moscow would have to ask for assistance before the U.S. could take action.

"It's not like there’s no cooperation, but it is not an open book, it has never been an open book," Mike Baker, a former CIA agent and president of Diligence, a global intelligence and security firm, told Fox News. "It is very difficult for them to turn around and say, ‘We need all the help we can get.’”