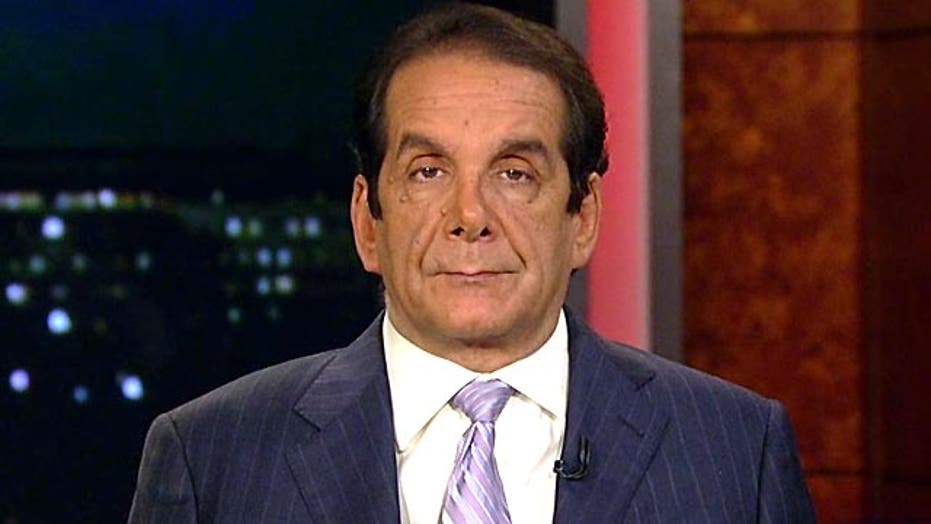 Krauthammer: New HC Delay: Stuff You Do In A Banana Republic

Syndicated columnist Charles Krauthammer took aim at another Obamacare delay Monday calling it “the stuff that you do in a banana republic.”

Syndicated columnist and Fox News contributor Charles Krauthammer took aim at the newest ObamaCare delay on "Special Report with Bret Baier" Monday, calling it “the stuff that you do in a banana republic.”

The Obama administration announced it was exempting mid-size businesses, or those with 50-99 employees, from the law until 2016 and are allowing large businesses, with more than 100 employees, to phase in health care coverage during the next two years. The large businesses would have to cover 70 percent of employees the first year and then 95 percent the following year and beyond.

"I mean this is stuff that that you do in a banana republic," Krauthammer said. "It’s as if the law is simply a blackboard on which Obama writes any number he wants, any delay he wants, any provision. It’s changing a law in the way that you are not allowed to do.”

Krauthammer called the announcement “political decisions to minimize the impact leading up to an election.”

“It’s now reached a point where it is so endemic that nobody even notices or complains,” Krauthammer said.