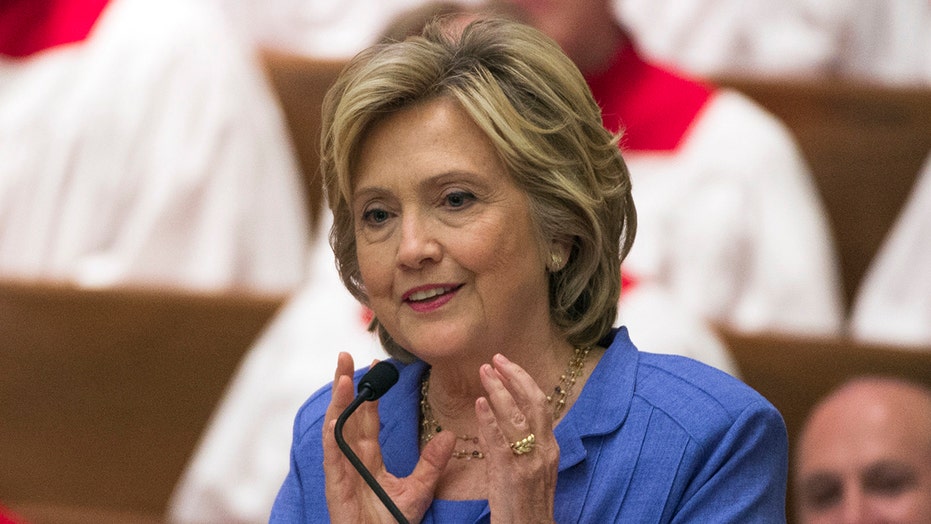 How damaging is WikiLeaks hack for Team Hillary?

Then-Secretary of State Hillary Clinton was "contemptuous" toward security agents and even put officials traveling with her in “unnecessary danger” by pursuing a photo op for her "election campaign" in a risky area of Jakarta during a 2009 visit, according to a security agent interviewed by the FBI.

The allegations surfaced in documents released Monday by the FBI in connection with the investigation into Clinton's private email practices. Much of the documents center on internal disputes over email classification levels, but the interview with the unnamed diplomatic security agent offers a window into how her own detail viewed her actions early in her tenure.

The official, who was tasked with protecting Clinton, claimed agents had the perception she was using her position to campaign for president and were unhappy about her alleged disregard for security protocol.

State Department deputy spokesperson Mark Toner responded as follows: "We aren’t going to parse a personal opinion or impression conveyed in this interview summary. What we can say is that leaders here at the State Department take matters of security seriously, as well as the direction and counsel provided by Diplomatic Security personnel. In the last batch of 302s, the head of Diplomatic Security during Secretary Clinton’s tenure described her as ‘very responsive to security issues.’ Every Secretary of State and his or her immediate staff work closely with Diplomatic Security to make sure that Department business can be carried out in a variety of security conditions."

The official said “agents were indignant that they were required to follow security policy but [Clinton] made herself exempt from the same regulations.” This was on display during a 2009 visit to Indonesia, where the agent said Clinton overrode security recommendations to stay out of potentially hostile areas in Jakarta.

Agents on the team felt Clinton’s behavior put the traveling party in “unnecessary danger in order to conduct a photo opportunity for 'her election campaign,'” the document says.

“…[the DS advance team] recommended in writing that this excursion be stricken from the schedule but were told by DS management that it was going to happen because ‘she wanted it,’” the document says.

“It was also believed that [Clinton] disregarded security and diplomatic protocols, occasionally without regard for the safety of her staff and protection detail, in order to gain favorable press.”

“…[B]y the end of Clinton’s tenure, it was staffed largely with new agents because it was so difficult to find senior agents willing to work for her,” the document says.

"It is patently untrue that senior agents would not work for Secretary Clinton. Secretary Clinton’s detail was appropriately staffed throughout her tenure," said State Department deputy spokesperson Mark Toner.