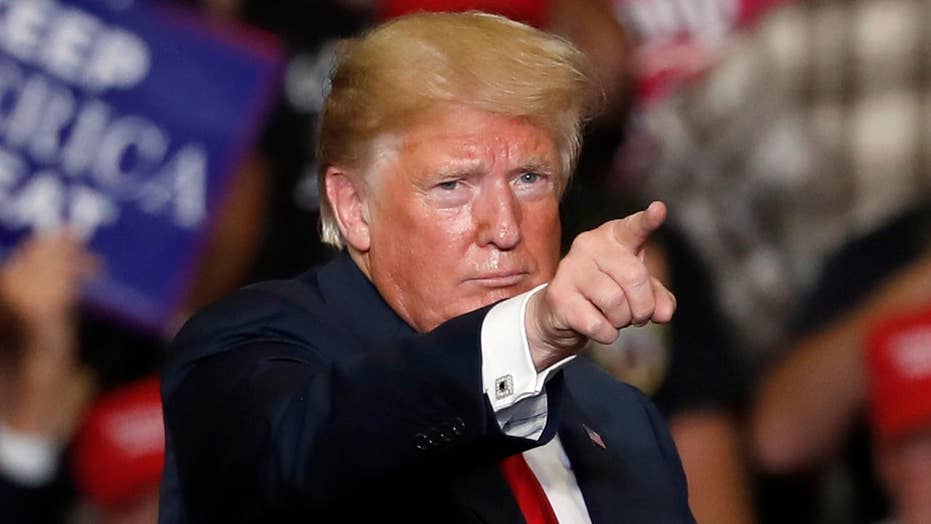 After the final results came in on election night 2016, I walked away from the bright lights of Fox Election Headquarters and into the dark night more than a little upset, even angered by Donald J. Trump’s victory.

I could not believe that my fellow citizens would elect a president with zero experience in government, a history of racist and misogynistic statements, and a volatile personality that invites legitimate questions about his fitness for office.

I was not alone in my feelings.

Like the majority of Americans, I voted for Hillary Clinton two years ago. Trump lost the popular vote and only won because of the anachronistic rules of the Electoral College.

But that was then and the midterm elections being held Tuesday are being played by different rules.

Unlike 2016, there is no Electoral College in the midterm elections to distort the popular will of the American people.

But the elections underway Tuesday do come with one big – or to use Trump-like language, “HUGE” – similarity to 2016.

“Sixty percent of registered voters, the highest in recent midterm elections, say they are using their vote this year to send a message about the president,” according to a Gallup Poll released last week.

Gallup found a plurality of Americans – 34 percent – planned to use their vote to signal opposition to President Trump. Another 26 percent said they planned to cast a vote to support the president.

And a Wall Street Journal/NBC News Poll released last week found “59 percent of registered voters say they want a ‘great deal’ or ‘quite a bit’ of change from the way President Trump has been leading the country.”

If you like the direction that Trump has moved the country towards and want more of what you have seen over the last two years, you will vote Republican.

If you do not like the direction Trump has taken us and believe he needs to be checked and his divisive brand of politics arrested, you will vote Democratic.

If the midterm elections play within that framework it is good news for the Democrats.

In fact, the latest ABC News/Washington Post poll – also released last week – found 52 percent of voters said they will vote Democratic and 44 percent said they will choose the Republican.

That’s why the polls strongly favor an outcome in which the Democrats win the 23 seats necessary for them to claim the majority in the House.

But with so many Senate races in states that went big for Trump in 2016, I am still predicting Republicans will hold the Senate majority.

Democratic Speaker of the House Tip O’Neill once famously said that all politics is local.

So even with President Trump dominating the political landscape, the Democrats have focused on political messages for the midterms that speak to local issues – specifically, the high cost of health care and prescription drugs.

And Democrats have largely stayed away from direct attacks on the president. Instead, their focus has been on fielding good candidates – including a lot of veterans and women – who have strong local appeal.

One such candidate is Lizzie Pannill Fletcher, the Democrat running in Texas’ 7th Congressional District – the western suburbs of Houston. She is running against nine-term incumbent Republican Rep. John Culberson.

In 2016 voters in the district re-elected Culberson, while at the same time voting for Hillary Clinton over Trump. The district is one of 23 represented by a GOP incumbent that went for Clinton.

Like many of the 2018 class of Democratic House candidates, Fletcher has focused on protecting the Affordable Care Act and bringing much-needed federal infrastructure dollars to the district. These Democratic candidates are connecting the dots to show how the Trump-led GOP has hurt, not helped, efforts to solve these important local problems.

This has put Culberson and Republicans like him in an extremely difficult position. He needs to walk a political tight rope – trying to turn out his hardcore, Trump-loving base of Republicans and not turn off the suburban independent voters he needs to put him over the top.

Culberson explained it this way to my friend and Fox News colleague Leland Vittert on “America’s Election Headquarters” this past weekend.

“This election is especially important to Texas, to the country, because if Democrats win District 7, Nancy Pelosi will be speaker of the House,” Culberson said. “This is one of the decisive races for the entire nation and so I'm working hard to turn out every Republican vote to make sure that doesn't happen.”

Culberson’s name appears on the ballot. But his name and the name of every other Republican candidate serves as a stand-in for Donald Trump.

In the final weeks of the campaign, President Trump has been barnstorming for GOP candidates saying plainly, “A Vote for (insert GOP candidate) is a Vote for Trump.”

For once, Trump is right. And the voters are now having their say.