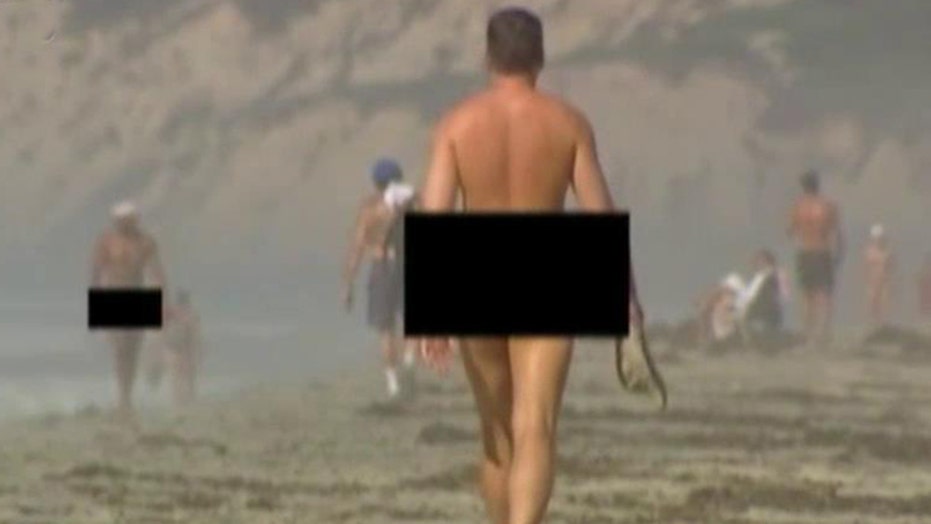 Cub Scout Troop 766 got quite an eyeful last month at a California state park when the boys stumbled upon a nude beach during a nature hike.

Some parents still took issue with the fact their boys were taken to a beach filled with bare bottomed bathers.

The local television station reported there were dozens and dozens of buck-naked beach-goers on the “clothing optional” stretch of sand.

Some parents still took issue with the fact their boys were taken to a beach filled with bare bottomed bathers.

Mrs. Lekven said the pack master knew exactly where he was taking the boys.

“When I got up there I said, ‘Hey what are you doing? We’re in the middle of a nudist beach,’ He said, ‘this is a naturalist beach, and my family and I go through here all the time. It’s not that big of a deal.’”

Mrs. Lekven told the television station she got “really angry.” Later, she and her husband filed a complaint with the Boy Scouts.

The Boy Scouts released a statement admitting the Cub Scout pack had “encountered some individuals who were inappropriately dressed.”

And by inappropriately, they mean they weren’t dressed in anything except their birthday suits.

The Boy Scouts said the hike was “quickly rerouted to protect the youth.”

The San Diego Imperial Council and pack leadership determined the pack master did nothing wrong.

“Together we concluded that proper protocol had been observed and appropriate steps were taken in this matter,” the statement read.

But some parents still took issue with the fact their boys were taken to a beach filled with bare bottomed bathers.

“I don’t think it’s OK for somebody to not disclose that they’re going to put other people’s children in an environment like this,” she told the television station. “I think it’s wrong.”

“Accidents” like that could be one of the reasons why parents are pulling their sons out of the Boy Scouts. Last year there was a 7.4 percent decline in membership. In 2013 there was a six percent drop.

Meanwhile, a faith-friendly alternative to the Boy Scouts has grown by leaps and bounds since its creation in 2013.

Trail Life USA boasts more than 20,000 members with 538 troops in 48 states – and to the best of anyone’s knowledge they have not taken boys on a hike through a nudie beach.

As far as the scouts are concerned – case closed. And it appears the boys of Troop 766 managed to survive the au naturel nature hike.

I wonder what kind of merit badge they’ll get for that?