Julie Fudge was just 4 years old when she lost her mother, one of the most influential singers in country music history.

Patsy Cline perished in a plane crash at age 30 in 1963. Most recently, Cline was the subject of a Lifetime biopic titled “Patsy & Loretta,” which detailed her bond with fellow iconic songstress Loretta Lynn before her life was tragically cut short.

Fudge, who was involved with the film, has been determined to keep the legacy of her mother alive. She also closely works with the Patsy Museum in Nashville, which houses the largest collection of artifacts in the world, including personal letters, costumes and other rare memorabilia from the matriarch’s home that were previously locked away for more than 50 years. 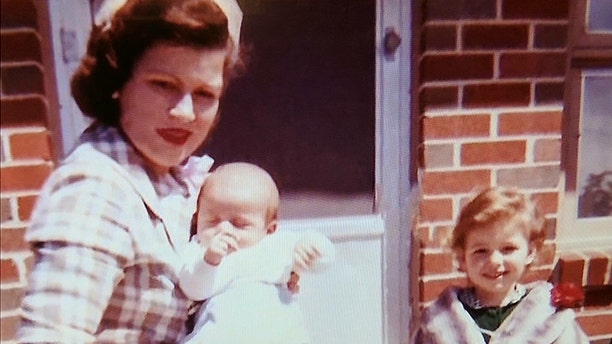 Patsy Cline with her children Randy and Julie. (Photo courtesy of the Patsy Cline Museum)

Fudge spoke to Fox News about reliving her cherished memories of Cline, how her grandmother coped with her famous daughter’s passing and why she was compelled to participate in “Patsy & Loretta.”

Fox News: Your mother passed away when you were just 4 years old. Do you have any memories of her?
Julie Fudge: Most of the memories I have of Mom aren’t the best. But at the same time, if I see a certain photograph, it just reinforces what I remember about her. When someone tells a certain story, I’m suddenly there again. And somehow I remember it. It’s a wonderful little piece of a puzzle that my life seems to be.

Fox News: Is there anything in particular that sticks out to you?
Fudge: I do remember simple things, like the time when it snowed so much in our hometown that Mom and Dad had to carry me. The snow was almost as deep as I was tall. I also remember being in Nevada when Mom played Las Vegas. There are times when a lot of those things seem like small memories that I could barely remember. And then I see the photographs. I see the evidence of when we were there. And that is so reassuring. It’s very comforting. 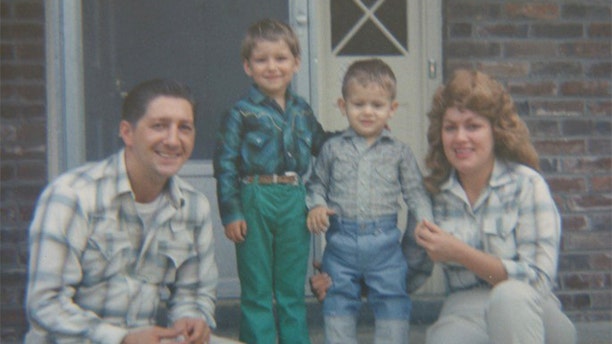 The Cline family. (Photo courtesy of the Patsy Cline Museum)

That didn’t seem unusual. It was just another perk of getting to hear her even though she wasn’t here. I also had a pretty normal childhood. When mom passed away, she wasn’t as well-known as she is today. It wasn’t until “Coal Miner’s Daughter” and then “Sweet Dreams” came out that things started happening. That’s when it became more known that she was my mom.

Fox News: What was your relationship like with your father growing up?
Fudge: Well, I did live with my grandmother for the first couple of years after my mom died, simply because my dad was a single dad and he had to continue working. And of course, my brother and I weren't even in school yet. Both of our grandmothers and all of our families still lived in Virginia. Dad was the only relative I had here in Tennessee. 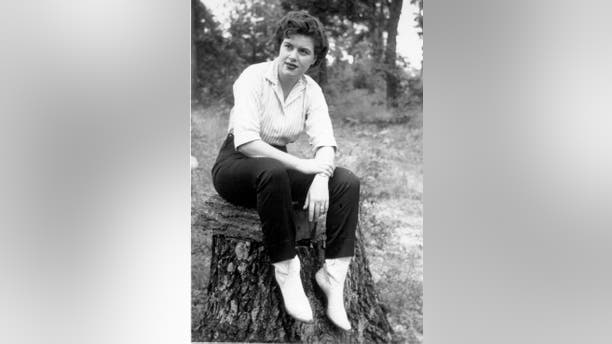 Now, once my dad remarried, we moved back to Nashville and began to have our own family unit here. Dad was just a typical working dad. He didn’t seem much different than anyone else’s back then… I was pretty much a typical child of the ‘70s.

When my mother passed, my dad continued to work in the music business… He was a promotional man here in Nashville and developed his own standing here with his business. But when the ‘80s came around, those movies started coming out. And if anyone needed to talk about Patsy Cline, they went to my dad. You would just call his number and he would answer… And that’s what we’re doing now with Patsy Cline Enterprises. If you need to know anything about Patsy, you come to us.

Fox News: How did your grandmother cope with Patsy’s death?
Fudge: It was to be expected, but she had a long mourning term for my mother. My grandmother was strong, but she was very close to my mother. They were only 16 years apart. But I’m sure with us kids being with her, it helped her to… have a part of mom’s life around. But I do believe my grandmother never really got over that. 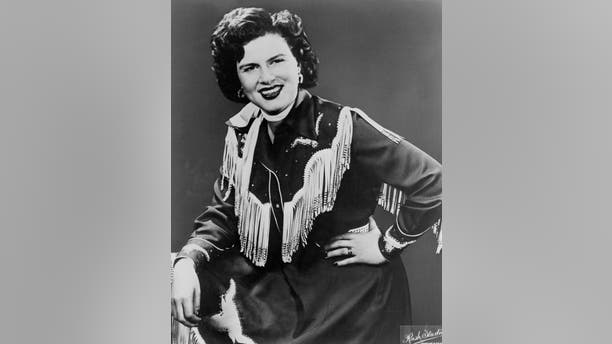 Fox News: How determined have you been to keep your mother’s legacy alive?
Fudge: The museum is a big part of that. Dad spent the last 50 years or so of his life protecting mom’s legacy. That was a job in itself, just protecting the Patsy Cline legacy… People have come to us with the desire to use her songs in commercials or different things like that. We just want to make sure it’s done properly. Dad was very adamant about protecting mom’s legacy and not just letting it become another commodity.

Fox News: Are there any misconceptions that still exist about your mother?
Fudge: Of course there are misconceptions here are there... But they tend to be small things. For example, “Sweet Dreams” portrayed mom loving yellow roses. That’s not a big problem, but the fact is she loved red roses. It’s just the little things. If you’re going to tell someone’s story, be accurate about it. 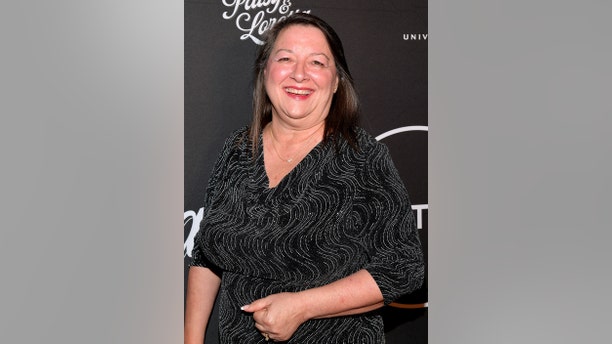 Julie Fudge attends a special screening and reception for "Patsy &amp; Loretta" presented by Lifetime at the Franklin Theatre on October 09, 2019, in Franklin, Tennessee. (Jason Kempin/Getty Images for Lifetime)

Fox News: What is it about your mother’s music that continues to resonate with listeners decades later?
Fudge: I think that really was the secret behind mom’s longevity. It has been almost 60 years. I’m so grateful for her voice. And she just had great songs. These songs were written for her and they’re just as beautiful today as they were then. They can only be appreciated by a true music lover.

Fox News: What are some fun facts about your mom that would surprise fans today?
Fudge: That’s really hard because at times it feels like the fans know more than me *laughs*. Well, even though she enjoyed her music, she loved to cook. She liked to be home with her family.

Yes, she wanted to sing and she thrived on that. But it had begun as a way to support her family and to help around the household. I think she missed not being able to be home and be a mom more. When she was on the road, she would collect salt and pepper shakers. She also tried embroidery sometimes. Her mother was a wonderful seamstress. Mom could design her own dresses and she was wonderful at it. 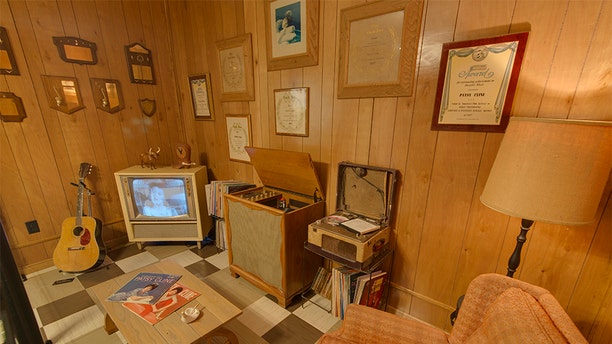 Fox News: What do you think your mom would say if she were around, knowing the impact that her music has had?
Fudge: I think she would really be excited and thankful. But I really think she would have been amazed that were are in 2019 and Patsy Cline is still in the news. She’s still relevant on television. She’s still a part of the music that she loved to make.

Fox News: What made you say yes to Lifetime's “Patsy & Loretta”?
Fudge: I just wanted to make sure my mother's story was told accurately. Myself and Loretta’s daughter Patsy Lynn Russell were involved a little bit. Not as much, but we worked with the creatives and I think we came out with a pretty good little movie. [Lifetime] was very nice to us and welcomed our input and critique. 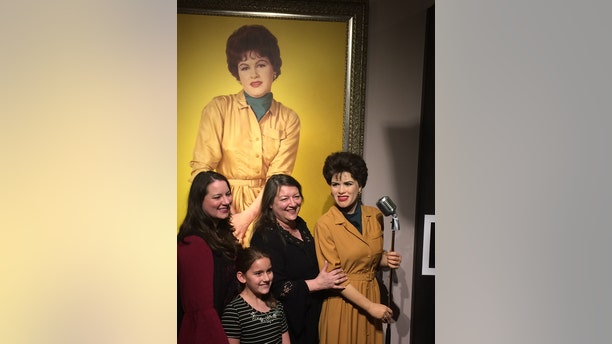 Fox News: What do you hope audiences will get from your mother’s life and body and work?
Fudge: I just hope they enjoy it. There are not too many things nowadays that people just simply enjoy. The music is timeless. I’m told so many times by people how good it makes them feel, how it helped them go through something. We’re just glad to be a part of that. I hope her music continues to be enjoyed and it provides comfort to people for a long time.