Cody Simpson sweetly serenaded Miley Cyrus as the pair got together for a movie night on Sunday.

The Australian crooner shared a video of himself singing Elvis Presley's "Ku-Ui-Po" to his new gal pal on his Instagram Story. Cyrus leans on his shoulder as he sings her the romantic tune.

Cyrus, 26, and Simpson, 22, were outed as an item last week when the pair were caught smooching at a store in Los Angeles.

The new romance appears to be heating up as Simpson also shared on his Instagram Story a selfie of the duo with the caption: "Pre swim breakfast courtesy of baby" over the weekend. The Aussie singer is giving Cyrus a kiss on the side of her forehead in the black-and-white snap, which disappears after 24 hours of posting, as per Instagram Stories. 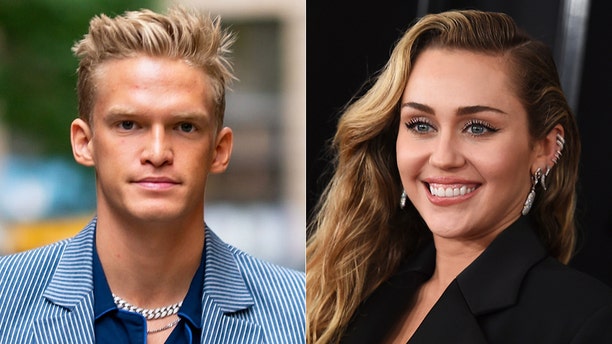 The snaps come after Cyrus hit back at critics who accused her of moving on too fast from Kaitlynn Carter and estranged husband Liam Hemsworth.