Justin Bieber updated fans about his sex life on Tuesday.

The singer, 25, admitted on Tuesday in London to a concertgoer that when he's not performing, he and Hailey Baldwin like to "Netflix and chill," according to E! News.

“When I’m with my wife, we like to … You guys can guess what we do,” Bieber revealed. “It gets pretty crazy… that’s pretty much all we do.”

The pop star added, “We like to watch movies, we like to Netflix and chill, but we definitely do more of the chilling.”

The couple tied the knot in September 2019 in South Carolina in front of friends and family but before that, they legally said "I do" in New York City in fall 2018.

In Bieber's YouTube docu-series, "Seasons," he opened up about his proposal to the 23-year-old. "She just walked down the stairs ... and I was just there with the ring," he said. "And I was shaking and I was just like, 'I've loved you for so long and I just can't see myself being with anybody else. I love you so much and I want to spend the rest of my life with you, will you marry me?'"

The model admitted that before being with Bieber she felt "lonely" despite her jet-setting lifestyle.

"I was at my sister's wedding in 2017, and I remember, the wedding was over, I was in my hotel room and I was with my parents and I just remember I was crying," Baldwin shared. "I couldn't stop crying because I was really lonely for a really long time."

Their reason for a smaller wedding? To keep it "much more fun." 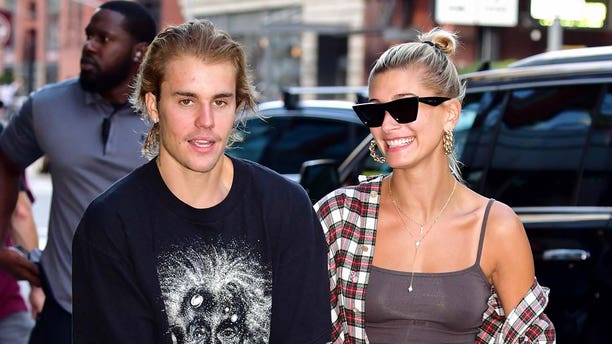 "Everything happened the exact way it was supposed to, I really believe that," she described. "Even all the little mishaps that might've happened and us stumbling over our words, whatever it was, I think that it was so meant to be."

Bieber recently admitted that marriage has completely changed and empowered him. He told Ellen DeGeneres on her show that he's fully committed to Baldwin.

"'Be faithful? That’s a huge. … Am I able to do that?’” he remembered asking himself. “So, I think that’s really what I was battling with. I finally was like, ‘I’m going to make the decision and follow through with it and be a husband. This is what I always wanted. I’m going to choose this woman and just do it.”