‘Heathers’ star Lisanne Falk reflects on her bond with Winona Ryder, why the cult film doesn’t need a reboot

It’s been 30 years since former child model Lisanne Falk lied about her age to snag a role that would forever change her life.

The actress, now 54, was cast as one of the Heathers in the 1989 teen flick “Heathers,” which starred Winona Ryder, Christian Slater, Shannen Doherty and the late Kim Walker, who passed away in 2001 at age 32 from a brain tumor.

At the time, Falk said she was 19 to get the part. And while she was actually 23, Falk ultimately became part of a cult classic that’s still celebrated today. In fact, the “Heathers” 30 Anniversary Edition was recently released in honor of the film’s release.

Falk spoke to Fox News about how she got the role of Heather, her relationship with Ryder, and why she doesn’t mind if a reboot never happens. 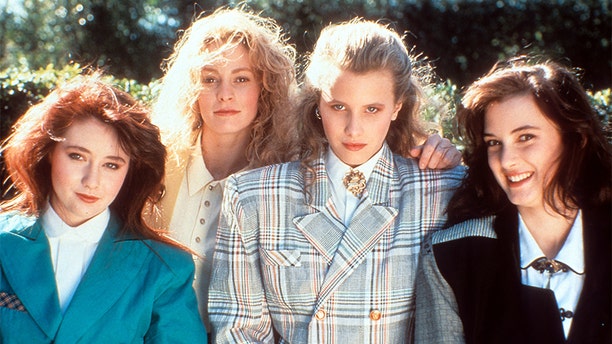 From left to right: Shannen Doherty, Lisanne Falk, Kim Walker and Winona Ryder on the set of the film "Heathers." (Photo by New World Pictures/Getty Images)

Fox News: Are you surprised “Heathers” has become such a cult classic?
Lisanne Falk: I'm not surprised because I've always thought it was an amazing movie. I'm surprised it has lived for 30 years. It seems like it’s more popular than ever. I don’t know, when you make something, you hope everybody’s going to appreciate it in the same way that you did. I’m not surprised that it’s popular, but I am surprised it’s 30 years later and we’re still talking about it. It has reached its full potential. 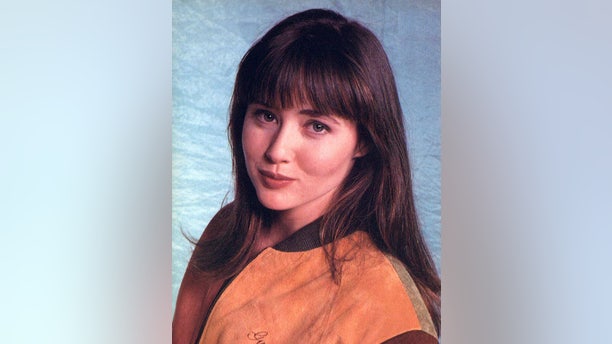 Fox News: It’s been said you lied about your real age when it came to auditioning for the role.
Falk: Looking back at it, it’s kind of gotten misinterpreted. At the time there were so many teen movies where you had people who were looking 30 years old, who were way past their due date in terms of being in high school. I got this audition through my agent and… I was 23 at the time. But I always looked quite young… And when I read the script, I just knew I had to do this. I didn’t want to lose my opportunity. So I thought, “I’m just going to go in and add a ‘teen’ at the end of my age so it’s not even an issue. So that they wouldn’t think twice about hiring me.” And basically it worked. I said I was 19 and they were fine with it. I didn’t think I wouldn’t have to deal with that again.

I think it wasn’t until we actually started shooting and I was talking about living with my boyfriend — not that I couldn’t have done that at 19. But at the time they were like, “Ooh, is your mom OK with that?” And so yeah, it all came out *laughs*. But it was fine. 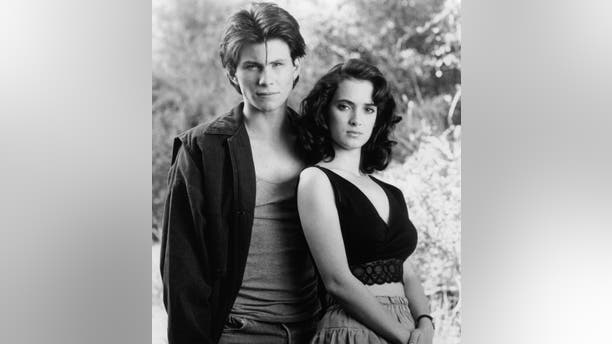 Christian Slater and Winona Ryder standing together in a scene from the film "Heathers," 1988. (Photo by New World Pictures/Getty Images)

Fox News: What surprised you the most about Winona Ryder?
Falk: We got along really well. We formed a bond over our shared sense of humor. And we loved reading a lot. We loved words. We would go nuts reading a thesaurus and looking up words because we wanted to know the meaning of them all. I felt she understood me *laughs*. She also came from a free-spirited family. So we had a shared loved of words, literature, and of course that sense of humor.

Fox News: What about Shannen Doherty?
Falk: I really didn’t have a connection with her. It wasn’t for anything in particular. She was often on set with her teacher because she was also in school. But we didn’t have as many shared interests. It wasn’t anything like I disliked her. I just didn’t really get to know her well. We didn’t have that opportunity to create a bond.

Fox News: “Heathers” was shocking for its day. How did you feel about the script when you read it for the first time?
Falk: It’s interesting. Looking back at it, I just instantly loved the dark humor. And I liked the idea that they took on all these subjects that were kind of taboo and just really made fun of them. I thought it brought a certain sense of lightness to the whole situation… I guess I still get surprised when some people get offended by it. But I don’t think that was the film’s intention at all. 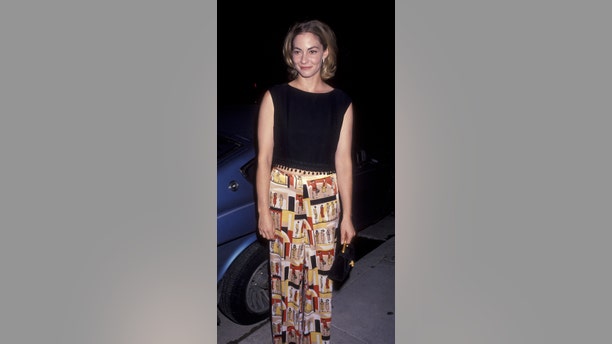 Fox News: What’s your favorite memory of working with Kim Walker?
Falk: I actually had a relationship with her that lasted about 10 years or more after the movie because we both went to the same acting school. During filming, I didn’t know her that way, but afterward, it turned out we actually had mutual friends. And we then did two more movies together… So a working relationship developed… I just remember how amazing it was she would nail her lines so instantly. And she had some of the most difficult lines in the film… I really admired her as an actress. Her talent showed.

Fox News: Every attempt to make a “Heathers” TV show has failed. Why do you think this is the case?
Falk: I think that’s a question for [writer] Dan Waters. But I just think it was of its time... And people who saw it and grew up with it, hold it in a special place, that way we hold certain films from the past in a special place… I just think it was made at the perfect time. They would now have to come up with a new spin on it. I don’t know what that would be. It’s hard to remake something that means a lot to so many people. And Winona was just so great in that role. You can’t copy that. You would have to come up with something completely new. And the same goes for Dan. 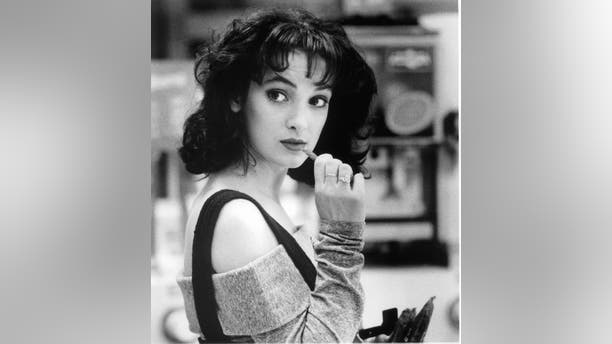 Winona Ryder is about to chew on candy in a scene from the film "Heathers," 1988. (Photo by New World Pictures/Getty Images)

I don’t know. I think there are some things that are good on their own and don’t need to be repeated. It’s already been done. I think it would be good to create something completely new. I just think we should let it rest. But, the “Heathers” musical [on Broadway] is great. That’s a good example of how you can do a great job at kind of reinventing the wheel.