Meghan King Edmonds defends 3-year-old daughter sleeping in crib: 'I challenge any of you to challenge her'

Meghan King Edmonds is firing back at those who criticized her for her daughter’s sleeping habits.

On Tuesday, King Edmonds shared a photo on Instagram of 3-year-old daughter Aspen snuggled up in her crib prior to bedtime.

“She asked me to tell a story about a baby and then Christmas lights. ✨,” King Edmonds wrote in the post. “The magic of being 3 ✨.”

While King Edmonds received a warm reception from her fans over the adorable picture, some of her fans questioned why the toddler was still sleeping in a crib.

“How come she sleeps in the dock a tot,” one user pondered.

“She’s way too old to be in that thing momma,” another user flat out stated. 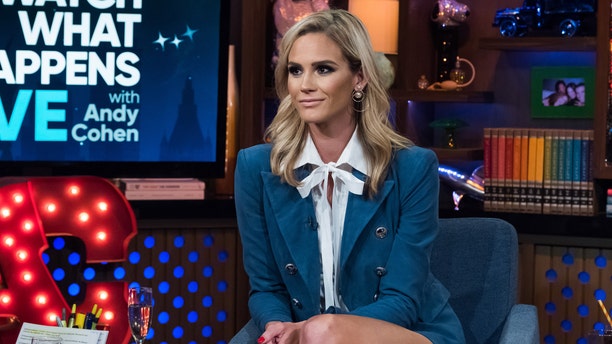 King Edmonds addressed the comments in an updated caption on her photo, stating that Aspen “climbs out when she wants.”

“Update: Yep she’s in her crib. She climbs out when she wants and occasionally sleeps in her toddler bed but tonight Baby Alive had already claimed the (not-so-coveted) bed so AK opted for her too-small sleep sack, dock-a-tot, and wayyyy too small round crib,” the “Real Housewives of Orange County” star wrote. “Because this girl is a firecrackin individual and I challenge any of you to challenge her. 💣.”

King Edmonds is embroiled in a messy dispute with husband Jim, whom she has accused of having extramarital affairs.

In a blog post from King Edmonds titled "Broken," she discussed the hurt she felt over her husband's "sexting" scandal in June. The former baseball player admitted that he “engaged in an inappropriate conversation” with another woman who was not the nanny, but denied physical infidelity.

“Out of respect for my children and my family, I find it unnecessary to go into all the gritty details," Meghan said. "What I will say is that, in the wake of the sexting situation, my husband was drinking and partying with much younger women, including several of our babysitters, and I found this galavanting inappropriate, immature and downright odd."