Chris Evans says he’s often looking for an escape route to leave acting, despite absolutely loving what he does for a living.

The “Captain America” star chatted with his Marvel Cinematic Universe co-star Scarlett Johansson for Variety’s “Actors on Actors” series and revealed an interesting tidbit about how he either keeps himself inspired to continue acting or talks himself out of retirement – he isn’t quite sure.

“Every couple of months, I decide I’m done acting,” Evans said. “This has been my thing for decades now. I’m always looking for a way out, but I do love it.”

The 38-year-old bankable star made a huge splash onto the movie scene after breakout roles in “Not Another Teen Movie” in 2001 and followed that up with a huge performance in “Fantastic Four” in 2005, ensuring his roster status among actors viable for superhero roles.

Evans is trying his hand at a different style of bankable media, now transitioning to television in the upcoming limited series for Apple TV+, “Defending Jacob,” in which Evans plays the father of a son, who is accused of murder.

The “Avengers” staple hinted at the lack of creative freedom on the film side of show-business for his reason for dipping his toe into the streaming waters which have since become muddied thanks to the additions of other streaming platforms launched by popular media entities.

“I think TV right now, those creative minds are given a bit more freedom,” Evans said. “It feels like movies sometimes get inundated with studio notes, and all of a sudden, what was once an original idea becomes boiled down to the lowest common denominator, and then you have no one’s favorite movie but everyone’s lukewarm movie.”

“I think that’s why people may be turning away, and looking to things like streaming service shows that actually are innovative,” added the “Snowpiercer” star. 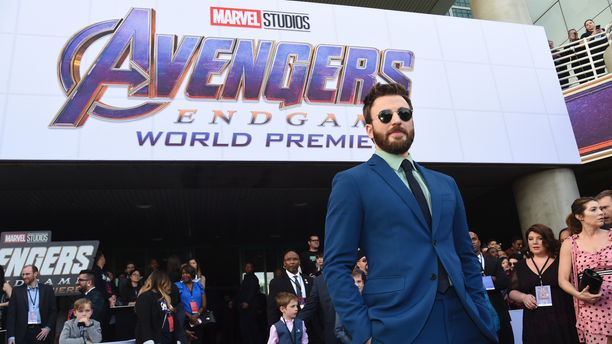 Chris Evans arrives at the premiere of "Avengers: Endgame" at the Los Angeles Convention Center on Monday, April 22, 2019. (Photo by Chris Pizzello/Invision/AP)

Evans explained that the business can lack innovation at times and that he’ll often turn to other avenues of where he can showcase his talents or simply bow gracefully out of the business if those opportunities become sparse.

Evans recently entered into live theater with the Broadway revival of “Lobby Hero,” in 2018, according to People.

“After a while, the process of filmmaking does get stale. You just want to try and find a new way into what has become very familiar,” he said. “I think what I was hunting for was that prolonged period of time within a scene, thinking it would allow this liberation. It couldn’t have been more to the contrary. When you’re onstage, it’s just like, ‘Man!’ because you have so much to remember.”

In March, the actor clarified remarks that he was quitting the business in an interview with the Hollywood Reporter. 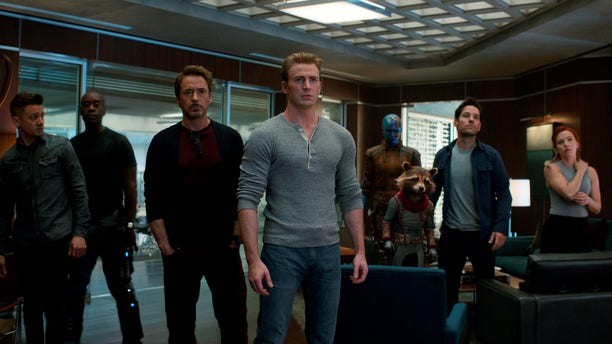 “I never said the word ‘retire,'” he told the magazine at the time. “It’s a really obnoxious notion for an actor to say they’re going to retire — it’s not something you retire from.”

CHRIS EVANS POKES FUN AT HIMSELF WITH FIRST-EVER HEADSHOT

Despite being on the proverbial fence of whether to continue acting or hanging it up, one thing Evans can say is that it’s a wrap for his portrayal of his beloved Marvel character – which he said he’s grown incredibly protective over.

“I think Cap had such a tricky act to stick the landing, and I think they did a really nice job letting him complete his journey,” said Evans. “If you’re going to revisit it, it can’t be a cash grab. … A lot of things would have to come together.”

Evans said he nearly passed on the opportunity to become a member of the Marvel franchise altogether.

“It was such a precious time and jumping onto the movie was a terrifying prospect to me, he recalled. “I said no a bunch of times, and there’s a million and one ways it could have gone wrong. It almost feels like maybe we should let this one sit.”