Chick-fil-A has announced it will focus on donating to initiatives that further its “mission of nourishing the potential in every child” in 2020 — and that it will no longer be giving to two organizations that it had previously received backlash for donating to in previous years: the Fellowship of Christian Athletes and The Salvation Army.

The brand issued a news release on its blog, The Chicken Wire, announcing the current focus for the Chick-fil-A Foundation. In the coming year, the chain’s charitable arm hopes to "deepen its giving to a smaller number of organizations working exclusively in the areas of education, homelessness and hunger.”

“Through these initiatives, Chick-fil-A Inc. and the Foundation will provide approximately $32 million in total cash gifts in 2020,” the news release read. 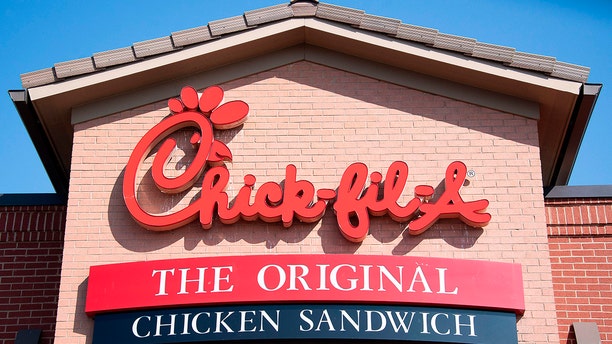 The brand released a news release on its blog, The Chicken Wire, announcing the focus for the Chick-fil-A Foundation, the chain’s charity arm, for the coming year, stating it has committed $9 million and “will deepen its giving to a smaller number of organizations working exclusively in the areas of education, homelessness and hunger.” (iStock, File)

For the coming year, the chain has expanded its partnerships with Junior Achievement USA (JA), which offers supportive education services for kindergarten through 12th grade to nearly 5 million students annually; and Covenant House International, which offers services to more than 70,000 homeless, runaway and trafficked children each year. Additionally, the brand has committed $25,000 to local food banks at each new Chick-fil-A opening to help fight hunger. In total, these three initiatives will account for $9 million of the donations, the news release confirmed.

In the past, the fast-food chain has been highly criticized for donating to organizations that have been accused of harboring anti-LGBTQ+ views, though the restaurant and the foundation have always denied that they sought out these groups particularly for their stances on those issues.

“To suggest that our efforts in supporting these organizations was focused on suppressing a group of people is misleading and inaccurate,” the company said in a statement in March.

Chick-fil-A stopped giving money to several conservative Christian groups in 2012 following backlash to CEO Dan Cathy’s comments opposing gay marriage, but the chain continued to donate to the Fellowship of Christian Athletes and The Salvation Army. According to a statement to Business Insider, the donations were due to a multiyear commitment the brand had made to both organizations, which ended in 2018.

“Additionally, the Foundation will no longer make multiyear commitments and will reassess its philanthropic partnerships annually to allow maximum impact. These partners could include faith-based and non-faith-based charities."

Going forward, the restaurant has announced it will no longer lock into multiyear contracts, though it may still give to religious organizations.

“Additionally, the Foundation will no longer make multiyear commitments and will reassess its philanthropic partnerships annually to allow maximum impact. These partners could include faith-based and non-faith-based charities,” the news release shared.

Chick-fil-A is the third fast-food chain in the country and is voted America’s favorite chain year after year, but its history of charity donations have hurt the chain’s international expansion in recent months. In October, the first U.K. location of Chick-fil-A was announced it would be closing after just six months of opening because of pressure from gay rights activists and protests at the restaurant.

In September, the first international location of the fast food-chain opened in Toronto to a large protest from LGBTQ+ activists. The group carried signs reading “cluck off” and chanted “shame” as the doors opened.

According to the news release, since the Chick-fil-A Foundation was founded, more than $52 million “has been donated to support education, entrepreneurship and leadership development.”