Elizabeth Hurley reveals who her best on-screen kiss was with: 'So many'

Elizabeth Hurley revealed who was her best on-screen kiss while keeping it vague as to who the most “horrible” was.

The 54-year-old star of Marvel’s “Runaways” appeared on the latest episode of “Watch What Happens Live with Andy Cohen,” where she fielded questions from fans. One asked who was responsible for her best on-screen smooch, to which Hurley had to search her brain a bit before answering.

“Best? Uh… [There’s] so many,” said the actress who has appeared in dozens of TV and film projects throughout her career. “Maybe Matthew McConaughey.”

Hurley explained that she worked with the “Dazed and Confused” star on the 1999 flick “EdTV.” Directed by Ron Howard, the film focuses on a video store clerk who agrees to have his life filmed by a camera crew for a television show.

“We did a lot of kissing in that one,” Hurley shared with a smile.

Cohen then pressed Hurley to reveal the worst kisser she’s ever shared the screen with. Unfortunately for curious fans, the actress stopped short of naming her least-favorite person to make out with. However, she still did her best to answer the question.

“I had a German actor I did a movie with,” she said with a grimace. “We hated each other and we had to have sort of a sexy scene and we had to do a lot of snogging and I didn’t like it.” 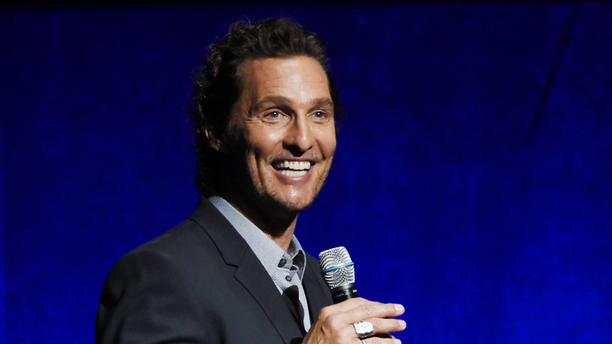 She added that the experience was “horrible.”

In a similar vein, another fan asked Hurley whom she would like to work with professionally but hasn’t yet in her long career.

“There’s so many, but my dream would be to be in a Scorsese film,” the actress revealed.