Iranian security forces gunned down “rioters” in multiple cities during recent protests over an increase in government-set gasoline prices, the country’s state television admitted Tuesday, as unease continues to grip the Islamic Republic.

The report – which the Associated Press said is the first time authorities have offered any sort of accounting for the violence used to quell the demonstrations -- comes a day after Amnesty International estimated that at least 208 people have been killed since they began in mid-November.

“This alarming death toll is further evidence that Iran’s security forces went on a horrific killing spree, that left at least 208 people dead in less than a week,” Philip Luther, research and advocacy director for the Middle East and North Africa at Amnesty International, previously said in a statement.

“Since the Iranian authorities have previously shown they are unwilling to carry out independent, impartial and effective investigations into unlawful killings and other arbitrary use of force against protesters, we are calling on the international community to help ensure accountability,” he added. 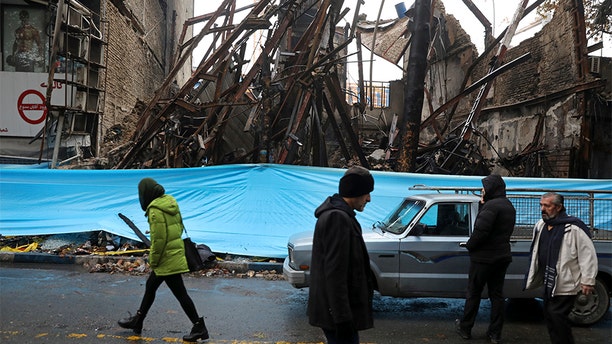 People walk past buildings that were burned during recent protests, in Shahriar, Iran, on Nov. 20. (AP)

An Iranian judiciary official though has disputed the Amnesty toll as “sheer lies,” without offering any evidence to support his position. Iran shut down internet access amid the unrest, blocking those inside the country from sharing their videos and information.

The recent demonstrations -- while not drawing as many Iranians into the streets as the 2009 protests over the country’s disputed presidential election -- rapidly turned violent, faster than previous rallies.

They started after authorities raised minimum gasoline prices by 50 percent, to 15,000 Iranian rials per liter. That’s 12 cents a liter, or about 50 cents a gallon. After a monthly 60-liter quota, the cost then rises to 30,000 rials a liter, which is nearly 24 cents a liter or 90 cents a gallon. An average gallon of regular gas in the U.S. costs $2.58 by comparison, according to AAA. 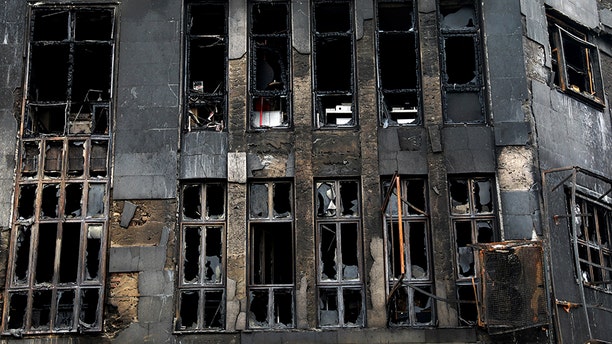 Shattered windows line a building that was set ablaze during protests over government-set gasoline prices rises, in Tehran, Iran, on Nov. 20. (AP)

Cheap gasoline is practically considered a birthright in Iran, home to the world’s fourth-largest crude oil reserves despite decades of economic woes since its 1979 Islamic Revolution. That disparity, especially given Iran’s oil wealth, fueled the anger felt by demonstrators.

The state TV report Tuesday alleged that some of those killed were “rioters who have attacked sensitive or military centers with firearms or knives or have taken hostages in some areas.” The report described others killed as passers-by, security forces and peaceful protesters, without assigning blame for their deaths.

In one case, the report said security forces confronted a separatist group armed with “semi-heavy weapons” in the city of Mahshahr in Iran’s southwestern Khuzestan province. The surrounding oil-rich province’s Arab population long has complained of discrimination by Iran’s central government and insurgent groups have attacked oil pipelines in the past there. Online videos purportedly from the area showed peaceful protests, as well as clashes between demonstrators and security forces.

“The marshes you see behind me and on the right are where hostile groups were hiding and shooting at the police, but praise to Allah, the armed forces deftly and vigilantly came to the field and foiled their plots,” Mahshahr police chief Col. Reza Papi said in the report.

State TV also acknowledged that security forces confronted “rioters” in Tehran, as well as in the cities of Shiraz and Sirjan. It also mentioned Shahriar, a suburb of Tehran where Amnesty on Monday said there had been “dozens of deaths.” It described the suburb as likely one of the areas with the highest toll of those killed in the unrest. Shahriar has seen heavy protests.

Amnesty International offered no breakdown for the deaths elsewhere in the country, though it said “the real figure is likely to be higher.”