Four months after the stunning announcement that NASA's Curiosity rover detected an "unusually high" level of methane on Mars, the government space agency said that oxygen "behaves in a way that so far scientists cannot explain" on the Red Planet.

The Curiosity rover, which has been exploring the Gale Crater since it landed on Mars in August 2012, has been analyzing the air using the Sample Analysis at Mars (SAM) instrument. It found that the oxygen in the atmosphere did not behave in the same way that nitrogen and argon did, following "a predictable season pattern, waxing and waning in concentration in Gale Crater throughout the year relative to how much CO2 is in the air."

Instead, the amount of oxygen in the air throughout the spring and summer rose by as much as 30 percent, then dropped to levels that were predicted by known chemistry in the fall. 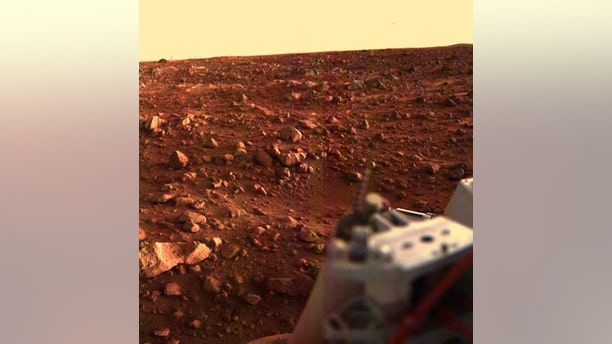 "This pattern repeated each spring, though the amount of oxygen added to the atmosphere varied, implying that something was producing it and then taking it away," NASA wrote in a statement.

“The first time we saw that, it was just mind boggling,” said the study's co-author, Sushil Atreya, in the statement. The study has been published in the Journal of Geophysical Research: Planets. 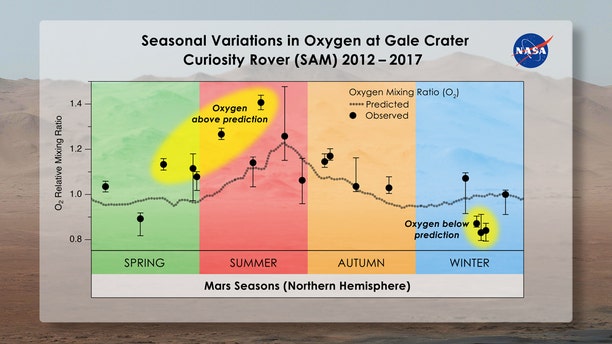 The researchers attempted to see if there were errors and checked to make sure SAM was working properly, but they did not find any issues, leaving them baffled.

“We’re struggling to explain this,” said the study's lead author, Melissa Trainer, a planetary scientist at NASA’s Goddard Space Flight Center. “The fact that the oxygen behavior isn’t perfectly repeatable every season makes us think that it’s not an issue that has to do with atmospheric dynamics. It has to be some chemical source and sink that we can’t yet account for.”

The space agency said the oxygen mystery is related to the methane mystery. In a statement released in June, the space agency confirmed that the rover measured the largest level of methane, 21 parts per billion units by volume (ppbv), since landing on the Red Planet on Aug. 6, 2012.

On Earth, methane is produced both from biological and geological sources, but NASA warned in June that it was unsure where the methane was coming from or how old it was. "With our current measurements, we have no way of telling if the methane source is biology or geology, or even ancient or modern," SAM Principal Investigator Paul Mahaffy said at the time.

In August, a study published from researchers at Newcastle University in the U.K ruled out the possibility that the methane spike was caused by wind erosion of rocks that had trapped the gas from fluid inclusions and fractures on the Red Planet's surface. 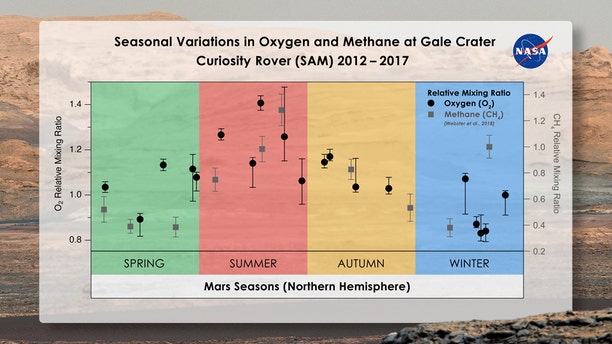 It's possible that the fluctuations seen in the oxygen and methane could be connected, Atreya added. "I think there's something to it. I just don't have the answers yet. Nobody does."

The Curiosity rover does not have any instruments that will allow for the discovery of where the methane and oxygen are originating from, said one of the study's co-authors, Timothy McConnochie.

"We have not been able to come up with one process yet that produces the amount of oxygen we need, but we think it has to be something in the surface soil that changes seasonally because there aren't enough available oxygen atoms in the atmosphere to create the behavior we see," McConnochie said.

August 2019 marked Curiosity's seventh anniversary on the Red Planet. Since it landed on the Martian surface in 2012, it has made several remarkable discoveries, including finding "unusually high" levels of methane and a "shiny" object believed to be a meteorite. In June, NASA released a photo taken by Curiosity that showed a mysterious, unexplained white light.

In an Aug. 5 blog post, NASA said that Curiosity was still exploring the Gale Crater and uncovering the mysteries of the "clay-bearing unit," where it was using its tools to drill into the Martian soil.