Some 26 human skeletons from the Iron Age and Roman periods were found at the site in Childrey Warren, Oxfordshire, some of which are believed to be ritual burials.

One female skeleton at the site was found buried with her feet cut off and placed side by side with her arms bound behind her head. 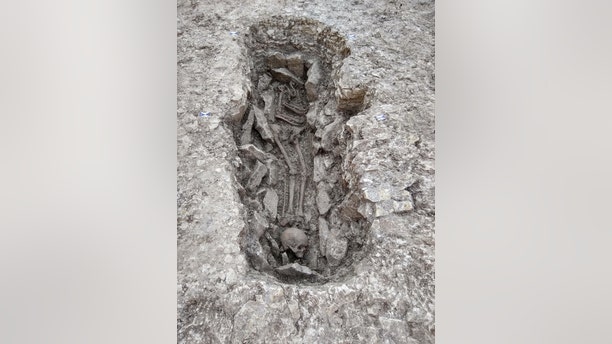 One skeleton was discovered with the skull placed at its feet. (Thames Water)

“The Iron Age site at Childrey Warren was particularly fascinating as it provided a glimpse into the beliefs and superstitions of people living in Oxfordshire before the Roman conquest,” said Neil Holbrook, chief executive of Cotswold Archaeology, in a statement. “Evidence elsewhere suggests that burials in pits might have involved human sacrifice.”

Other discoveries at the site include evidence of dwellings, animal carcasses and household items such as pottery, cutting implements and a decorative comb.

Workers made the discovery as part of a project to protect a rare chalk stream. “We’ve found significant historical items on many previous upgrade projects but this is one of our biggest and most exciting yet,” said Chris Rochfort, Thames Water environmental manager, in the statement. 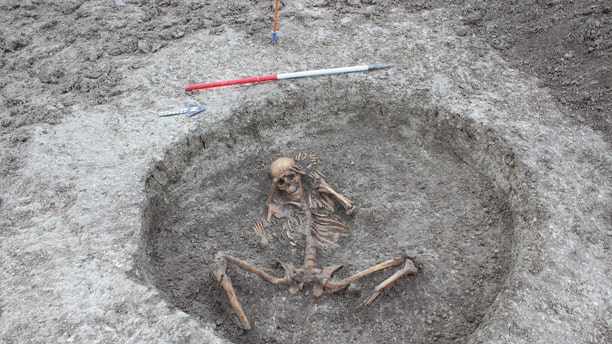 A female skeleton was found with the feet cut off and placed by her side with arms bound behind her head. (Thames Water)

Other burial sites across the world offer a glimpse into blood-soaked eras. Experts in Peru recently revealed the gruesome details of a 15th-century ritual sacrifice site in Peru that contains the remains of more than 140 children. 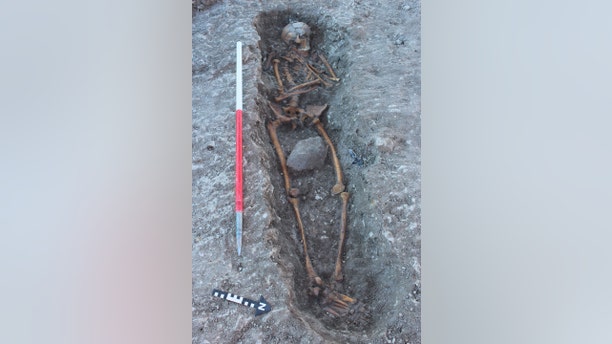 One of the skeletons uncovered at the site. (Thames Water)

Experts also found an array of sacrificial remains during an excavation at the base of the Templo Mayor temple site in downtown Mexico City. Reuters reports that the finds include the body a 9-year-old boy dressed as Huitzilopochtli, the Aztec god of war. The Aztecs made human sacrifices to the deity, who was also the god of the Sun.

Last year, archaeologists in Israel uncovered a trove of rare gold coins and a 900-year-old gold earring at the site of a Crusader massacre. 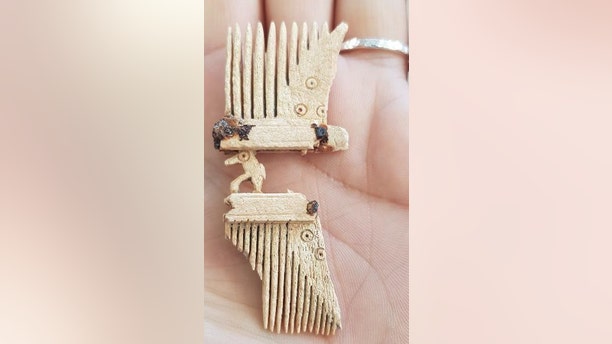 A bone comb from the late Roman or Anglo Saxon era was discovered at the site.(Thames Water)

Also in 2018, researchers in Scotland discovered ancient artifacts at a fort in Scotland that is believed to have been razed to the ground by Vikings.