Ever since I was a young boy, the arrival of “Groundhog Day” has been something of a bright spot in the middle of cold and snowy winters.

I remember sitting for breakfast at our kitchen table each Feb. 2 and waiting for WOR-AM’s John Gambling or Roger Skibines to report the early morning news from Gobbler’s Knob in Punxsutawney, Pa. 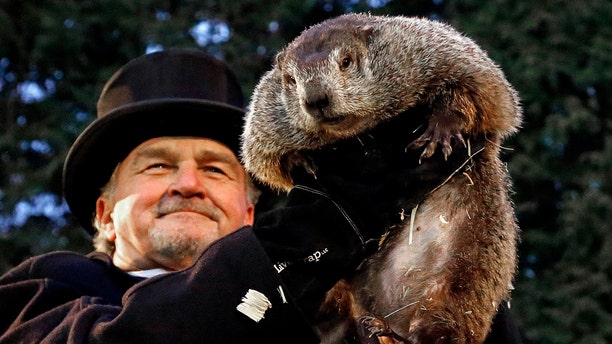 Did Phil see his shadow? Were warm temperatures on the way? Even the mere mention of spring on a frigid winter morning was music to my ears.

So, with a soft spot in my heart for the annual festival, the debut of the 1993 movie, “Groundhog Day” featuring Bill Murray was a welcome acknowledgment and even enshrinement of a hokey but fun tradition.

A huge fan of Murray’s acting, I loved the offbeat film about a guy who gets caught in a time loop, living the same day over and over again. 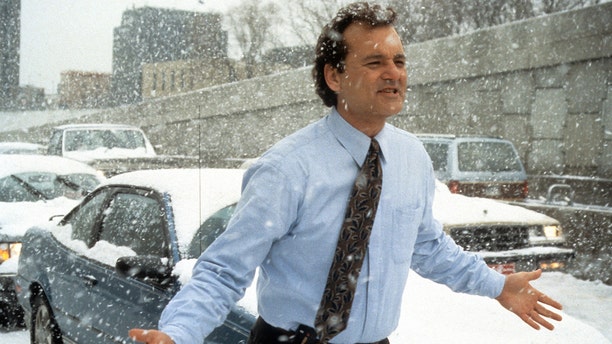 Actor Bill Murray runs through the snow in a scene from the film 'Groundhog Day,' 1993. (Photo by Columbia Pictures/Getty Images)

But in the 27 years since I first laughed at it in the theater, I’ve come to appreciate the film more and more beyond its mere comedic value.

In fact, I think it’s a movie of many layers with timeless and enduring lessons for all of us. Here are my top 10:

A cynical, jaded meteorologist, Phil Connors, played by Bill Murray, arrives in the small western Pennsylvania town convinced its residents have nothing to teach him. By the end of the film, he recognizes that their charm and character are worthy of emulation.

Only snobs stick their nose up to people who live in the suburbs or rural areas.

2. Never stop being a student of your spouse

In his quest to win the heart of his producer Rita, played by Andie MacDowell, Phil studies her likes and dislikes, even memorizing French romantic poetry, which she loves.

True intimacy is devotion in even the small things

3. It’s always a good time to ask what we want out of life

Sitting in a restaurant pondering his place in the universe, Phil asks Rita a profound but simple question about what she really wants her life to look like.

Are we playing a starring role in our own movie – or are we extras watching the scenes unfold outside our influence? Life is too short to be passive.

4. Happiness can be found in the very ordinary activities of life

During that very same scene over drinks, Rita tells Phil what she’s looking for in a man. She’s not looking for a star but instead, a person who's kind, sensitive, not afraid to cry, loves his mother – and doesn’t mind changing diapers.

The seemingly ordinary is very often an extraordinary moment of great meaning.

5. Misery is doing the same thing and expecting different results

The recurring theme of the movie, of course, is repetition and sameness. Rather than accept it, Phil works to change the outcome.

How often do we gripe and grumble but not change anything? If we want things to change, we have to be willing to change. As someone wisely said, “Change the way you look at things, and the things you look at will change.”

6. Different can be good

Rather than curse his situation, Phil starts enjoying the freedom that comes with doing things differently.

As a pastor friend of mine likes to say, “Sometimes a change is better than a rest."

7. Being attentive to people can save lives

At first, Phil ignores the homeless man he sees on the street and soon discovers that he died of exposure. He then realizes showing interest and offering assistance can make the difference between life and death

It’s easy to think a small acknowledgment to someone in need won’t make a big difference – but it absolutely can. Whenever possible, be generous.

8. You could always use a little more life insurance

One of my favorite characters in the movie is Ned Ryerson, Phil’s old school pal who has become the stereotypical insurance salesman. By the end of the film, Phil is excited about his future and buys numerous policies to protect it.

All the insurance representatives I know are great people, but I think the theme here runs true: prepare for a rainy day – especially for the people you love and who are counting on you.

9. Winter is just a season – summer will eventually come

In dramatic fashion, Phil waxes eloquent about the changing seasons of both weather and man’s existence, suggesting it’s “just another step in the cycle of life.”

No matter what you’re going through, remember that life is a series of seasons. Hang on. You’ll get through it.

Since he’s been living the same day over and over, Phil asks, “Well, what if there is no tomorrow? There wasn’t one today.”

It’s true that we have no guarantee of tomorrow. Today is the main event – give it all you’ve got.