Tom Hanks captures essence of beloved Mr. Rogers in 'A Beautiful Day in the Neighborhood' 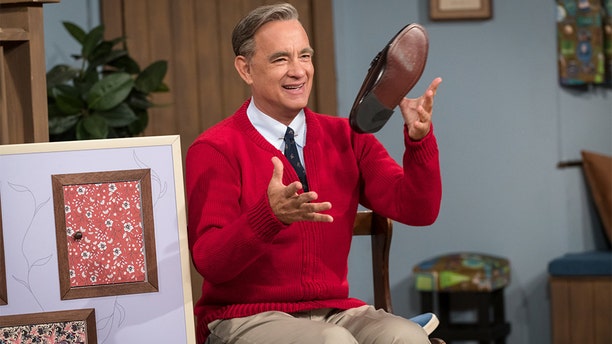 In a newly released photo of Tom Hanks dressed as Mr. Fred Rogers, viewers will be delighted to see how Hanks captures the essence of the beloved TV personality, whom he portrays in the upcoming movie “A Beautiful Day in the Neighborhood.”

Donning the iconic red cardigan and khaki slacks along with the parted gray hairstyle, Hanks bares a striking resemblance to Mr. Rogers that will leave viewers feeling nostalgic over their childhood hero.

“A Beautiful Day in the Neighborhood” is a feature film inspired on the relationship between Rogers and Tom Junod, a jaded journalist who embarks on a life-changing experience when he takes on the assignment of writing Rogers' profile and spends some time with him.

Directed by Marielle Heller, the film shows the transformation of Lloyd Vogel – a journalist based on the likes of Junod – through his interactions with Mr. Rogers, and how Rogers taught Vogel valuable lessons in empathy and kindness.

“I disliked that when it got announced it was characterized as [a biopic]. It’s really not," said Hanks about  the film. "It’s a movie that’s largely focused on a reporter and [Mr. Rogers’] relationship to his life, and how [the reporter’s] whole world changes when coming in contact with Fred Rogers.”