Tina Fey and Amy Poehler are back!

The comedy heavy-hitters are reprising their roles as co-hosts for the 2021 Golden Globe Awards.

The announcement was made by NBC Entertainment Chairman Paul Telegdy during the network’s day at the Television Critics Association Tour in Pasadena, Calif. on Saturday.

RICKY GERVAIS SAYS HE HAD A 'BLAST' AT THE GOLDEN GLOBES: 'MAKE JOKES, NOT WAR'

“NBC has long been the home to two of the funniest people on the planet – Tina Fey and Amy Poehler – and we didn’t want to wait any longer to share the great news that they’ll be hosting the Globes once again,” said Paul Telegdy, Chairman, NBC Entertainment, in a press release to Fox News. 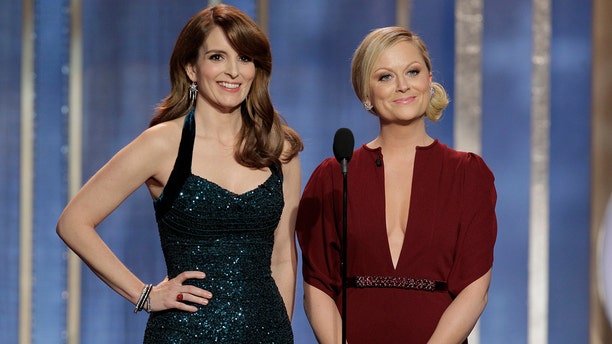 “There’s no denying that Tina and Amy’s comedic chemistry is infectious,” said Lorenzo Soria, President of the HFPA. “We can’t wait to see the dynamic duo return to the Golden Globes stage.”

“Tina and Amy have provided Golden Globes viewers with some of the most memorable moments the show has ever seen,” said Amy Thurlow, President of dick clark productions. “We’re thrilled to welcome them back in 2021.”

Fey and Poehler previously hosted the Globes from 2013-15 and received praise from actors and critics alike.

They are replacing Ricky Gervais who hosted this year's show.