Glenn Close isn’t expecting anyone to ask her for advice about playing Disney villainess Cruella de Vil, and she’s OK with that.

The 72-year-old seven-time Oscar-nominated actress spoke with Us Weekly on Monday and said she’s not surprised Emma Stone, 30, hasn’t reached out to her since landing the role in, “Cruella.”

“Not at all. She has two movies to look at,” Close told the outlet at the Through Her Lens: The Tribeca Chanel Women’s Filmmaker Program Luncheon in New York City. 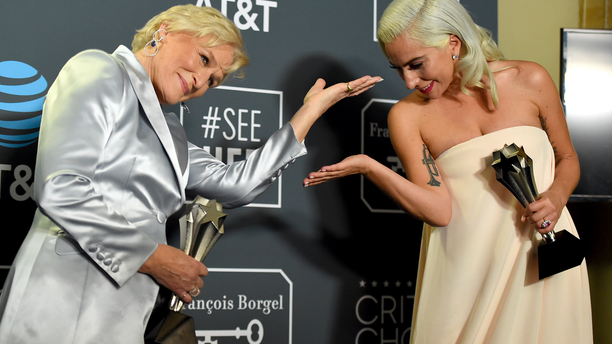 Glenn Close, left, and Lady Gaga pose in the press room after tieing for best actress at the 24th annual Critics' Choice Awards in Santa Monica, Calif. this past January. (Photo by Jordan Strauss/Invision/AP)

Close, who starred as the Dalmatian fur-loving House of DeVil fashion owner in the 1996 live-action adaptations of “101 Dalmatians” in 1996 and its 2000 sequel, “102 Dalmatians,"  said she wasn’t at all upset about the lack of contact because she feels her rendition of Cruella has run its course and it’s now time for a new generation.

“I can’t wait to see what she did,” said Close. “My Cruella was that, and we’ll see something new.”

Stone gave Disney fans a sneak peek into her appearance as the new-age Cruella de Vil at the D23 Expo fan event in August. She also revealed that the film, billed as a prequel to "101 Dalmatians", is set during the punk rock era of the 1970s.

In the teaser image, Stone dons Cruella de Vil’s recognizable two-tone black and white hairstyle with three of her own spotted Dalmatians in tow.