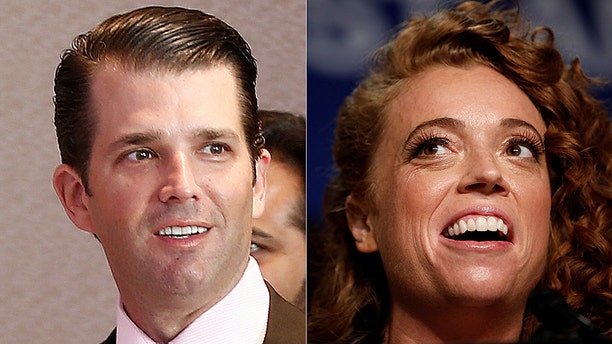 Donald Trump Jr. mocked Left-wing comedian Michelle Wolf on Monday on the heels of Netflix canceling her show that attacked his family on a regular basis with vulgar jokes.

“The Break with Michelle Wolf” debuted back in May and Wolf said that people who didn’t like her controversial performance at White House Correspondents’ Dinner would “hate” her Netflix series. Upon news that it was canceled after only a few months, Trump Jr. quoted her and added: “Well, seeing as she’s off the air already I guess she #nailedit.”

Wolf grabbed headlines in late April due to the jokes she made during the Correspondents’ Dinner in Washington, D.C. The jabs she made during the event, aimed at President Trump and several members of his administration, reportedly caused some attendees to sit in silence while others left.

Trump was not present at the event and the administration was instead represented by White House Press Secretary Sarah Sanders. The jokes aimed at Sanders prompted many to call out Wolf for attacks on Sanders' job performance, appearance and even her Southern roots.

"I actually really like Sarah. I think she’s very resourceful," Wolf said. "She burns facts and then she uses that ash to create a perfect smoky eye. Maybe she’s born with it, maybe it’s lies. It’s probably lies."

Sanders grimaced at the joke, but remained at her seat as she endured the attack.

During the run of her now-canceled show, Wolf took aim at first daughter Ivanka in another series of crude jokes.

The anti-Trump comedian has also referred to Eric Trump as “an abortion,” compared ICE to ISIS and even joked that the president abused Melania Trump.