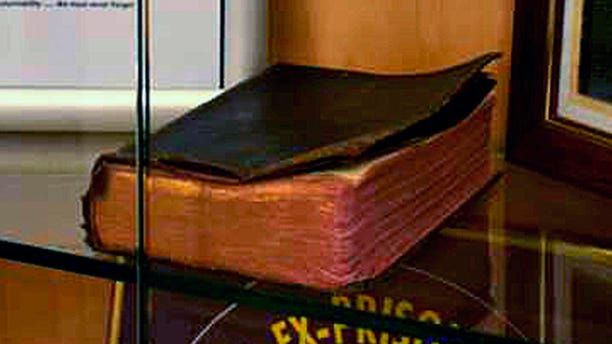 A Bible at the center of a dispute between two military organizations will now be displayed prominently at a veterans hospital.

It was placed in a memorial but moved after objections by Mikey Weinstein, the founder of Military Religious Freedom Foundation (MRFF). The Bible ended up behind a glass display case.

First Liberty Institute, the same law firm that argued on behalf of the Bladensburg "Peace Cross" memorial in front of the Supreme Court last week, sent a letter Wednesday supporting the Bible.

"As usual Mikey Weinstein is wrong on the fact and wrong on the law but that’s never stopped him from bullying military and VA officials and their facilities across the country," Mike Berry, the First Liberty lawyer representing the Northeast POW/MIA Network, told Fox News. "If he wants to remove that display or any part of it he’s going to have to come through us." 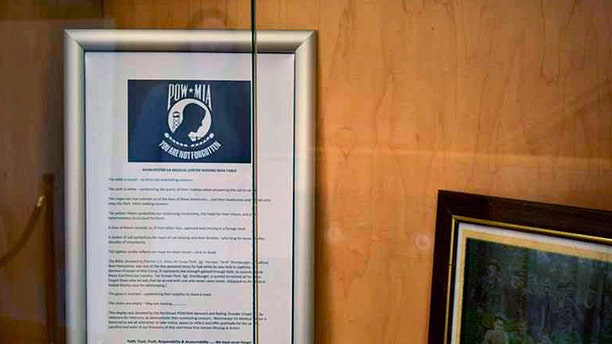 Berry said VA policy clearly permits a Bible to be on display.

"They’re there to cause people to reflect and honor those who were held captive and remember those who were missing," Berry said. "For someone like Mikey Weinstein or any other group to try to desecrate or remove any display, it’s a slap in the face to veterans who’ve served."

COLORADO COMMISSION DROPS CASE AGAINST CHRISTIAN BAKER: 'TODAY IS A WIN FOR FREEDOM'

VA officials said they "consulted with appropriate legal counsel before placing the WWII artifact, which happens to be a Bible, with the display and is confident that this does not impinge on Constitutional protections."

"That is still a Christian Bible," Weinstein said. "It is still promoting -- particularly in the surrounding aspect of the POW-MIA remembrance, one of the most sacred things you could do in the military -- one faith over another faith."