Attorneys for a Michigan-born Marine veteran who was wrongly detained by immigration agents for three days last year have filed a $1 million lawsuit against the federal government.

Jilmar Ramos-Gomez was handed over to Immigration and Customs Enfrocement (ICE) agents in December 2018 following an arrest for allegedly trespassing and damaging a fire alarm at a Grand Rapids hospital. 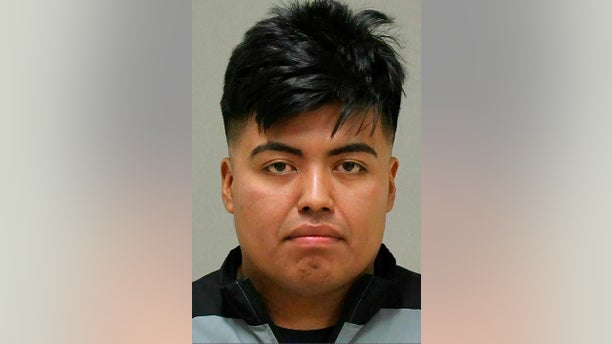 “Jilmar Ramos-Gomez fought and served our country selflessly, yet ICE tried to deport this hometown hero and blatantly disregarded his citizenship, service, and mental health challenges,” Miriam Aukerman, senior staff attorney for the American Civil Liberties Union of Michigan, said in a statement.

Authorities released Ramos-Gomez, who suffers from post-traumatic stress disorder, when he was able to prove his American citizenship. The ACLU said his time in detention "severely deteriorated" his mental health and that he and other detainees were "mistreated and ridiculed."

In a separate legal action, the ACLU filed a lawsuit to obtain documents related to the vet's time in federal custody.

The matter sparked outcry from immigration activists and civil liberties groups that accused ICE of discrimination. 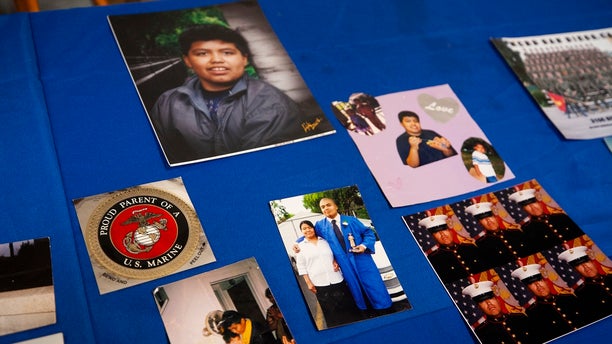 Photos of Jilmar Ramos-Gomez are laid out on a table at a press Wednesday conference held by the American Civil Liberties Union of Michigan and Loevy &amp; Loevy civil rights attorneys. (Brian Hayes/The Grand Rapids Press via AP)

“This is flagrant racial discrimination against a United States citizen and decorated combat veteran simply because of the color of his skin,” said Anand Swaminathan, ACLU cooperating attorney and partner at the Chicago law firm Loevy & Loevy.

“Ramos-Gomez’s own government ignored his irrefutable proof of citizenship, and cruelly detained him because of his Latinx background," he added.

ICE did not immediately respond to a Fox News request for comment Wednesday.

The city of Grand Rapids recently agreed to pay Gomez $190,000 for its police department handing Ramos-Gomez over to immigration agents. Police Capt. Curtis VanderKooi served an unpaid two-day suspension over the incident for violating department policy.