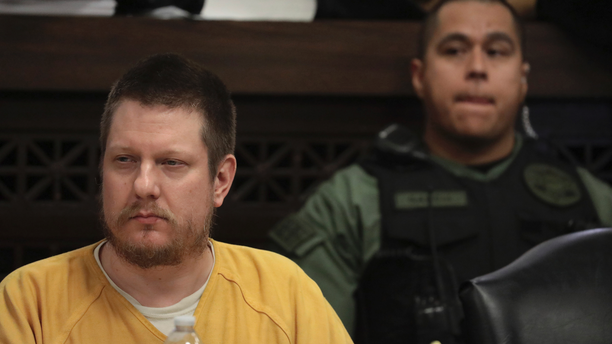 Van Dyke was convicted in October of second-degree murder. The grainy dashcam footage of him shooting the black teenager 16 times in less than 30 seconds stoked outrage, polarized Chicago and garnered national attention over how best to police minority communities.

Van Dyke said Friday he prayed "daily for the soul of Laquan McDonald."

"I will have to live with this the rest of my life ... taking it to my grave," he said, adding: "I was a police officer trying to make dangerous decisions.  No one wants to take a life."

Several black motorists testified Friday that Van Dyke used racial slurs and excessive force during traffic stops in the years before the 2014 shooting.

Vidale Joy said Van Dyke made a racist comment after pulling him over in 2005 and at one point put a gun to Joy's head. He said Van Dyke "looked infuriated" and seemed "out of his mind."

Under cross-examination, though, Joy acknowledged that he did not allege Van Dyke used a slur in his first accounts of the stop.

Another witness, Ed Nance, struggled to maintain his composure as he looked across the room to identify Van Dyke. Nance claimed the former cop cursed and slammed him on the car’s hood, grabbed him by the arms and pulled him to the squad car.

Allegations of racial bias were not a focus at Van Dyke's trial last year, but prosecutors highlighted the accusations in a bid to persuade the judge that Van Dyke deserved a stiffer sentence.

A relative of Laquan McDonald read a statement from the slain teen's perspective, saying Van Dyke killed him without provocation, while the Rev. Marvin Hunter read a letter written in the voice of his grandnephew. It said McDonald had a tough childhood but was turning his life around when Van Dyke shot him on a South Side street. 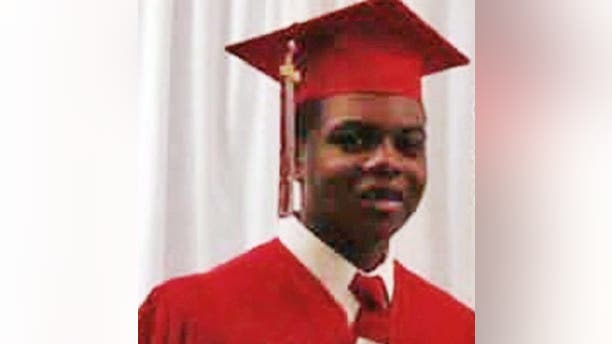 “My death has brought inconsolable pain to my mother and baby sister. … Even though I am dead, my murder at the hand of Jason Van Dyke should not be minimized to just this conviction,” Hunter, a pastor at Grace Memorial Missionary Baptist Church, read.

Van Dyke, 40, sat in a mustard-colored jumpsuit at the defense table during the proceedings. His wife and young daughters had pleaded for leniency in letters submitted to the judge ahead of the trial.

One of his daughters, Kaylee Van Dyke, took the stand Friday. She blamed the media for shaming “police officers for doing their jobs.”

Van Dyke’s wife, Tiffany, told the court her “life has been a nightmare” and that she can’t sleep without her husband by her side.

“He’s a great father and a wonderful husband,” she said. “He was also a dedicated officer to the Chicago Police Department. They have lost a great officer.”

Van Dyke’s father, Owen, pleaded with the court for a reduced sentence. “Jason’s not the person described by prosecutors,” he said, describing several of his son’s achievements through his childhood and school years.

In addition to second-degree murder, Van Dyke was convicted of 16 counts of aggravated battery in McDonald’s death. 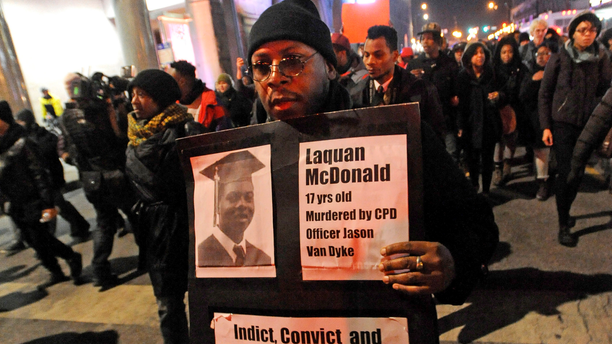 FILE - In this Nov. 24, 2015 file photo, a man holds a sign with a photo of Laquan McDonald on it, during a protest of the police shooting 17-year-old McDonald, in Chicago. The city of Chicago is watching closely for word of a verdict in the case of Chicago police Officer Jason Van Dyke charged with murder in the 2014 shooting of McDonald. The Chicago Police Department has canceled days off and put officers on 12-hour shifts. (AP Photo/Paul Beaty, File)

Prosecutors argued that the veteran police officer lied multiple times about the threat he claims McDonald posed and said a dashcam video proved it.

“You’ve seen it on video,” prosecutor Jody Gleason said. “He made it up.”

Van Dyke’s attorneys painted McDonald as a dangerous teen who refused to drop a three-inch retractable knife he'd been carrying the night he was killed.

Ahead of Friday’s sentencing, lawyers for Van Dyke asked for probation, the minimum punishment in Illinois for second-degree murder. Prosecutors presented several options that would keep the former officer behind bars for decades.

Stephenson said there was no evidence that former Detective David March, former Officer Joseph Walsh, and Officer Thomas Gaffney, who were previously charged with conspiracy, official misconduct and obstruction of justice, attempted to hide evidence related to McDonald's death. She went so far as to say that the evidence presented in their trial even “shows just the opposite."

Fox News’ Ruth Ravve and Walter Whitley and The Associated Press contributed to this report.